Inside Llewyn Davis -- A Lyrical and Transcendental Character Study 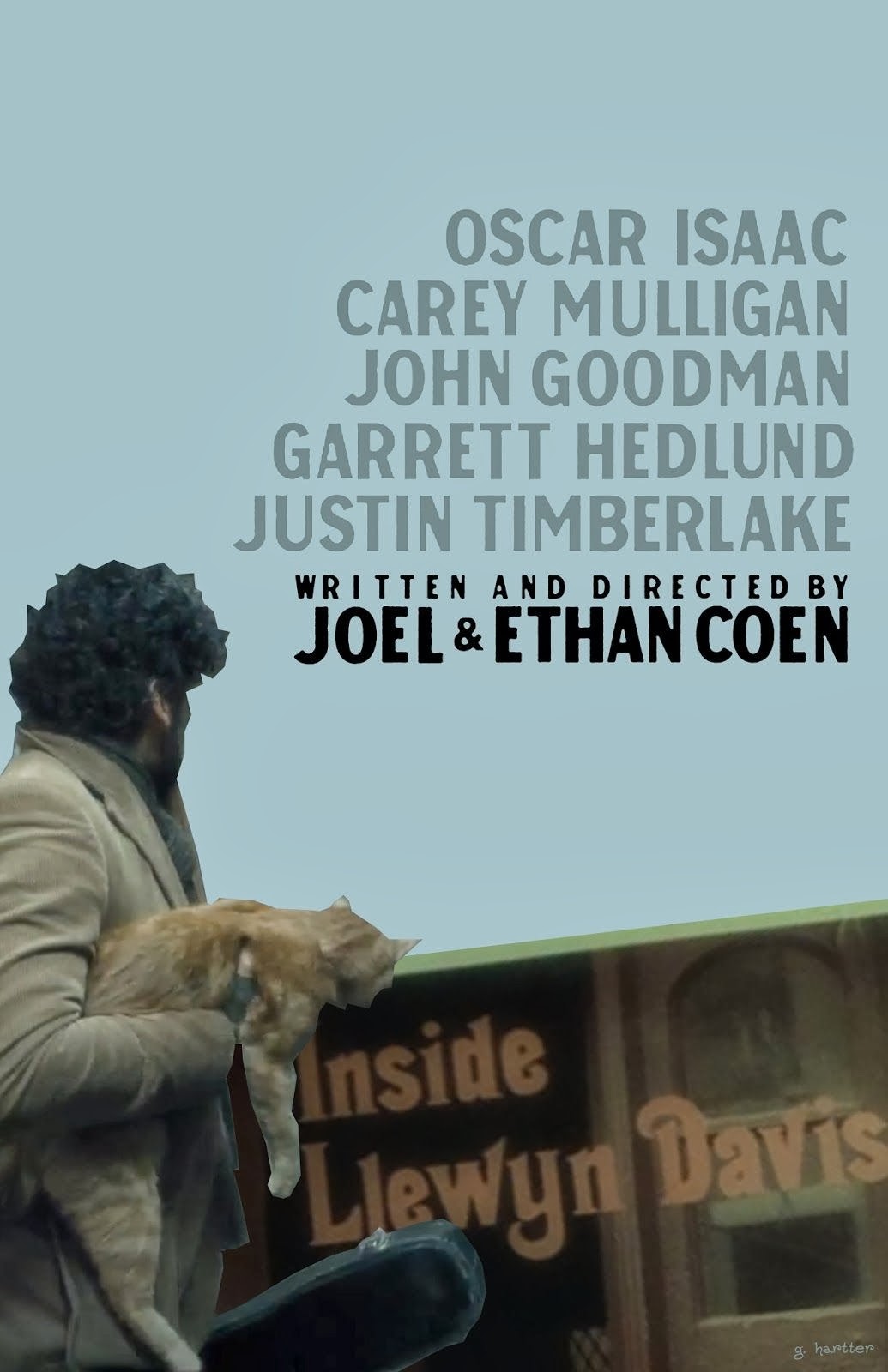 Coen brothers (Joel and Ethan) have always had the penchant for off-beat stories and they never do anything that is called conventional. Their world view isn’t stuck to a particular time or place. Whether it is 1980’s American heartland, 1960’s or the contemporary era, their films present the point that life is harsh, absurd and sometimes funny to look it from a third person’s point of view. “Inside Llewyn Davis” (2013), the new film, comes with the Coens’ typical quirkiness and is a music-centered flick that goes back to a very specific cultural moment. Even though the narrative is straightforward, and the characters accessible, the film will look grim and meandering for mainstream viewers.

Like a number of Coens’ films, ‘Inside Llewyn Davis’ is also a winter's tale, brushed with pale whites and granite grays. The tale is set in 1961, around New York’s Greenwich Village. This is the time before the advent of Bob Dylan and the explosion of folk music. The unkempt, folk-purist Llewyn Davis (Oscar Isaac) is a talented singer, but lacks the charisma and matinee idol looks. When the film begins in a smoky night club, Llewyn hunches his shoulders and sings his traditional final number. The response is fantastic, but there’s not much satisfaction in Llweyn’s face, since he is thinking that will he get paid for this gig or is there anybody’s couch available to sleep. 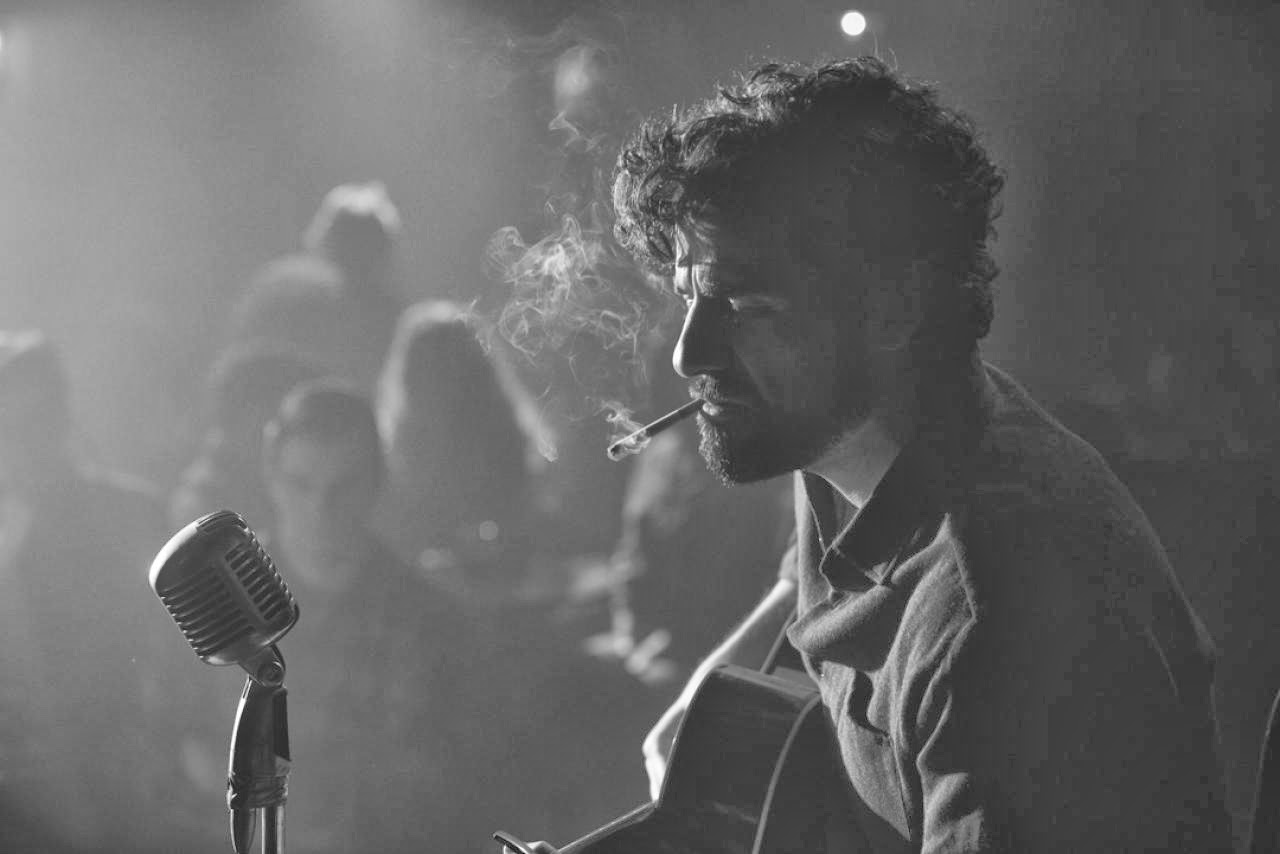 As a gifted artist, Davis deserves good things from life, but soon gets punched by a guy. Llweyn doesn’t have a place to stay and so he bounces from place-to-place with his guitar. We follow Llewyn for a week’s time how he interacts with his friends and various other peoples. He disregards his friendship with fellow folk singer Jim (Justin Timberlake) by knocking up Jean (Carrey Mulligan) – Jim’s wife. Jim helps him land a solid gig; Llewyn plays guitar for the recording session of a novelty song about the 60’s space program. But, unfortunately, he signs away his royalty rights in the session in order to get paid $200 upfront. He takes bizarre trips, confronts more problems and continues to pursue his current vocation or get a more stable job.


Many might complain that the couch-surfing, arrogant Llweyn is too unlikeable to spend 100 minutes in his company. But, Coens’ movies are not about likeable protagonists. They should be watched for witty dialogues, elegant pacing, and meticulous portrayal of an era and for a satirical terrain. In that way, “Inside Llewyn Davis” has all the richer elements of Coen brothers’ flicks. It also has colorful supporting characters with hilarious bits of business. They dig into every character’s psyches. Coens’ don’t seem to have any interest in recreating the folk-era, but at the same time they don’t mock the people involved in this era. The directors constantly flout mainstream expectations, especially in the scene, when he closes the car door on the cat and when he sees a important highway sign then proceeds to ignore that location altogether. Another highlight of the flick is that all of folk songs were performed live as they were filmed. Bruno Delbonnel's gorgeous blue-grey light cinematography, filtered through snow clouds and frosted windows gives us an urge to never tear away our eyes. 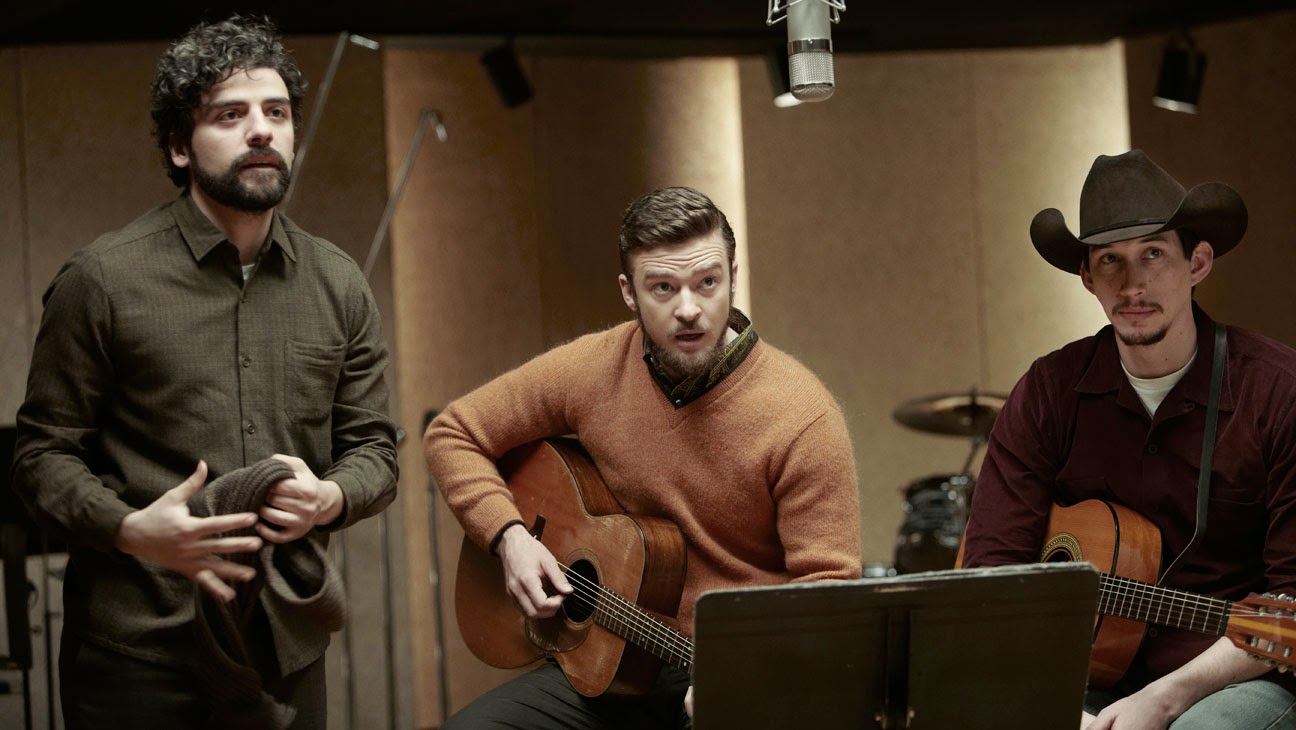 Although the narrative is pretty much straightforward, there are plenty of excellent moments that bear their hallmarks: For example, John Goodman’s weird, manipulative Roland Turner, his macho driver Johnny Five (Garrett Hedlund) and the antics with cats are pure Joel & Ethan tropes. The director duos also like to leave their good stories unfinished. Except for Miller’s Crossing, True Grit and few others, most of their notable works have loose ends: bag full of money; Barton’s box; bowling tournament. There’s always something to make us think about a tantalizing uncertain future for the protagonist.


Oscar Isaac, who had supported roles in “Drive”, “Robin Hood”, finally gets his well deserved leading role and makes full use of it. As a self-destructive, arrogant character, Oscar never allows Llewyn to lose his bitterness and manages to convey enough humanity to make him totally dis-likeable. He gracefully portrays a man, who won't deign to connect with others and is also incapable to function as solo act. His solo songs ache with a depth of feeling and look very pure. Carey Mulligan abandons her usual on-screen persona to play foul-mouthed, embittered Jean. The romantic yearning she shows during the singing of “500 Miles” is a moment that is worth than most of the full-length rom-coms. Justin Timberlake is earnest as Jim and has immersed himself very well into the character. 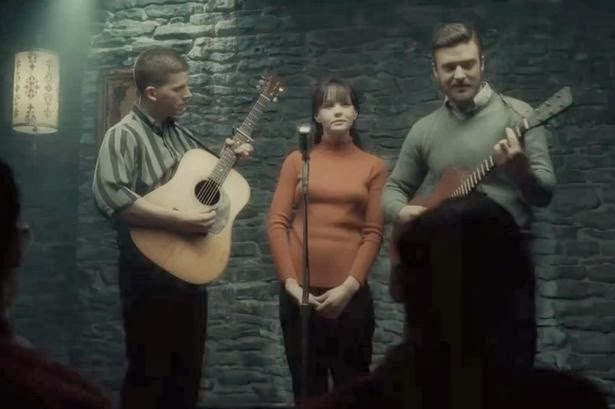 “Inside Llewyn Davis” is a wisely crafted melancholic film, which finely displays the crushing beauty that can be wrested from a song. If you can travel along with its unlovable but suffering hero, then you might experience one of the most beautiful and most tragic work of art. It will definitely be remembered alongside the siblings' great endeavors.

Rated R for language including some sexual references
at March 06, 2014
Email ThisBlogThis!Share to TwitterShare to FacebookShare to Pinterest
Labels: American Indie Films