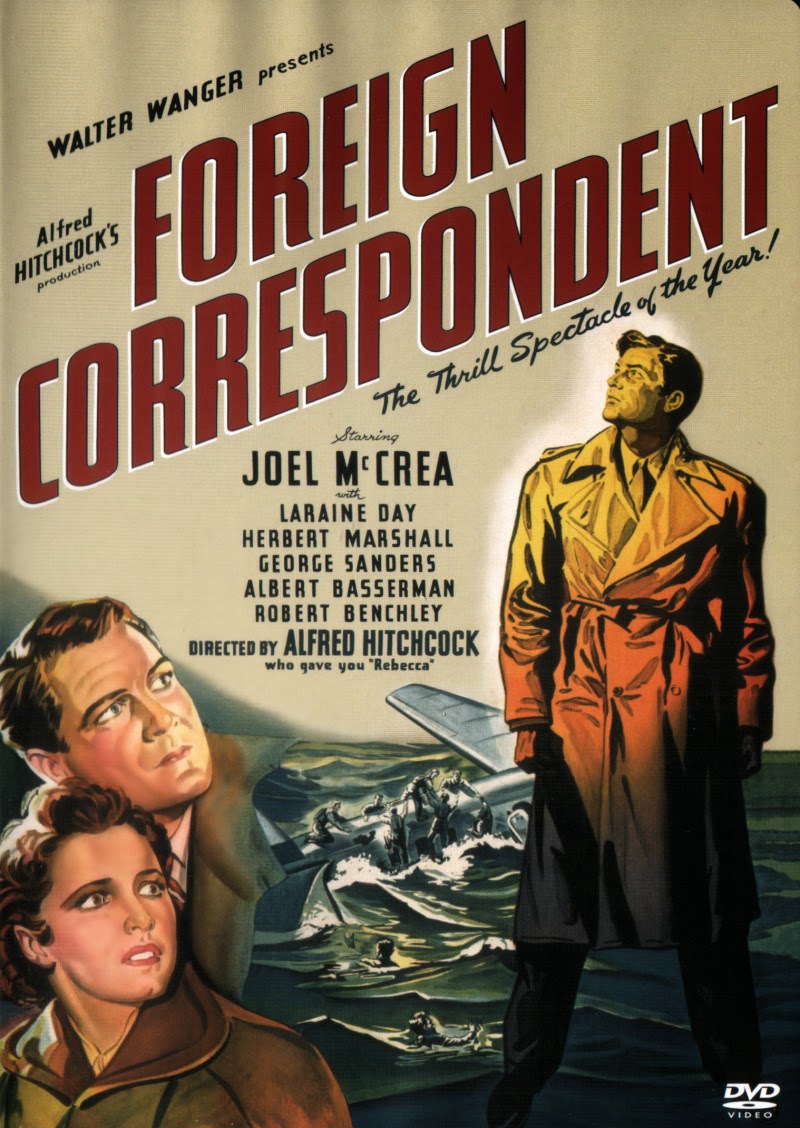 Reading a phrase that the ‘current heroes of Americans, young and old, are the foreign correspondents, those dashing chaps who presumably hop all over Europe, Asia, Africa and points between, catching wars on the wing’ makes us think, are we talking about the American’s of 21st century? No, no. These are the wonder-eyed folks, who in the brink of World War II, hobnobbed with influential persons for real news. An espionage thriller, set at those times (starting point of World War II), no doubt, will be a propaganda movie. But, at the same time, “Foreign Correspondent” (1940) is a Hitchcockian propaganda film, so the unapologetic transparency gives way to cracking thriller plot, which is anything less than grandly entertaining.

1940 was also the year, Charlie Chaplin’s “The Great Dictator” released. In those time, Hollywood studio dissuaded film-makers from making stories that might cast any aspersions on Nazi Germany. Chaplin, who didn’t care much about studio restrictions, went on to make his timeless classic on the Nazi leader, whereas, Hitchcock’s film avoids using the words “Nazi” or “Germany”, but the nefarious villains, speaking in some gibberish foreign language could easily be identified as stand-ins for Nazis. ‘Foreign Correspondent’ was the second American movie for Alfred Hitchcock and it was also one of the films that argued for American intervention into the war in Europe. 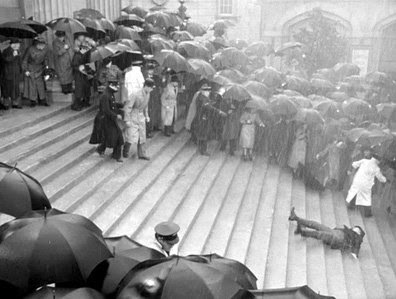 Troublesome and brash American crime reporter Johnny Jones aka Huntley Haverstock (Joel McCrea) gets promoted to the role of foreign correspondent. He was immediately sent to Europe to interview Mr. Van Meer (Albert Bassermann), a Dutch diplomat and the man who has signed a secret peace pact with Belgium. Johnny has to meet Van Meer at a luncheon organized by the Universal Peace Party, to find out whether he thinks war is going to be declared. Jones questions Van Meer, but he is too elusive and Jones gets carried away after meeting Carol (Laraine Day), member of that well-meaning amateur peace group. Carol’s father, Stephen Fisher (Herbert Marshall) is the leader of that peace party. Later, at a peace conference in Amsterdam, Van Meer is assassinated in front of Jones.

A car chases ensues, leading Jones to windmills, where he discovers that Van Meer is not dead – a double has been killed – and the gibberish speaking men want Clause 27, a secret clause to a peace treaty which Van Meer has memorized. Before the arrival of Dutch police, the villains flee from the scene, which eventually brings Jones and Carol together. They both escape to London to seek the help of Stephen Fischer. As this is a Hitchcock’s film, story from there unfolds in unexpected ways (may be a little predictable), revealing a new twist or turn with each reel change. 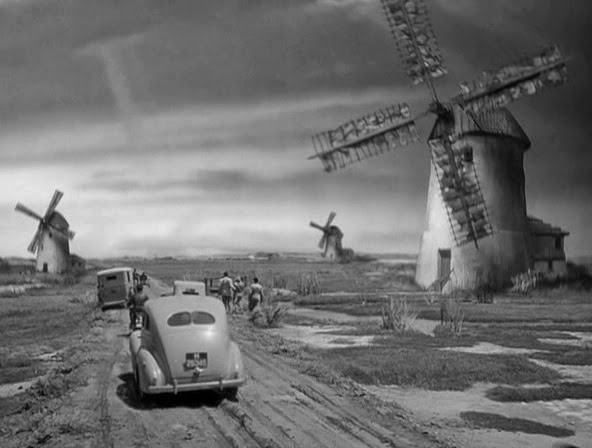 Hitchcock’s chief MacGuffin in the film is the ‘Clause 27’, which remains as the world’s only hope for peace. Every Hitchcock suspense thriller contains this kind of plot point, which is of no real importance itself, but helps carry the story along. The script was written by longtime Hitchcock collaborators Charles Bennett and Joan Harrison, who has written a parade of Hitchcock scenarios. A Hitchcock’s movie is defined by the number of memorable moments. In that way, ‘Foreign Correspondent' has got many. Some of which are: Johnny sneaking in and around the creaking innards of a Dutch windmill; Van Meer’s assassin disappearing into a crowd of bowler hats and black umbrellas, and the resulting car chase; the climactic crashing into the ocean of a transatlantic passenger plane. Especially, the final flight crash scene is filmed over the shoulders of the pilots in a single unbroken shot. The viewers’ viewpoint is kept inside the cockpit and so when they hit the water, we see the water crashing through the glass (holds up in light of the smoother CGI effects that would be used today). 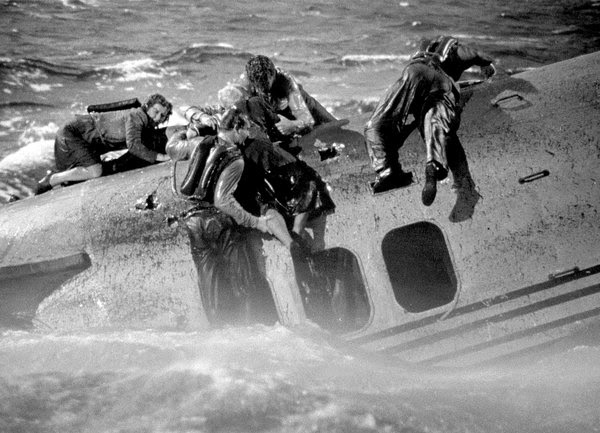 It is a visual tour de force and Hitchcock has taken advantage of all the special effects and production value that could be afforded by a Hollywood studio, in that time. Another most notable person in Hitchcock’s crew his towering production designer, William Cameron Menzies (full of breathtaking sets). Without any of the usual charismatic actors like Cary Grant, Jimmy Stewart, Grace Kelly, or Ingrid Bergman, Hitchcock has used his average plays to extract good performances. The only unconvincing or uninteresting part is the romance between Joel McCrea and Laraine, which doesn’t have much on-screen chemistry. George Sanders (“All About Eve”), the veteran character actor, who often plays the roles of bad guys takes a turn and plays a good guy role of Scott ffolliot. He gives the film an injection of much needed dry-wit smoothness.

“Foreign Correspondent” is a meticulously constructed propaganda movie that has an excellent narrative and incredible cinematic vision. Even, Joseph Goebbels, the Nazi propaganda minister viewed this film as dangerous and very entertaining.

No denying that it's a brilliant film... though I never really sensed it earlier but after reading your review I too can now see it as a propaganda film... Hithcock's genius is evident in each frame... no doubt, it's a visual tour de force. I also feel that this film inspired Manchurian Candidate (brainwash and stuff) as well as North by northwest (the aeroplane landing in windmill scene reminds one of the famous aeroplane scene with Cary Grant). The scene in which the cameraman turns out to be an assassin is a masterclass.

@ Murtaza Ali, Yeah, you are right. This film must have served as inspiration for "Manchurian Candidate." The final flight crash scene is something unexpected and was ingeniously filmed.