The Decade that Made a Star -- Leonardo DiCaprio in the 2000's

It’s been twenty five years, since Leonardo DiCaprio got his first gig in a television show named “The New Lassie” (1989). He became a teen heartthrob at the age of 17. Two years later he was an Oscar nominee. By the age of 22, he was the most prettiest and profitable young man in Hollywood. And, ever since ‘Titanic’ sank on-screen, DiCaprio’s career rose gradually to stardom. Yeah, he has basked in the benefits of stardom – dates supermodel girls and remains as ‘Highest paid actor.’ However, he didn’t rise to this position without making any artistic compromises and not by playing superheroes, pirates or space ship captains. The 2000’s was the decade, where DiCaprio went on to do unparalleled list of films that were both critically and financially successful. No other actor could probably dream about choosing projects like this in such a short span. In this particular decade, he escaped from the pigeonhole characters and dwelled into ever-more dark and layered characters. 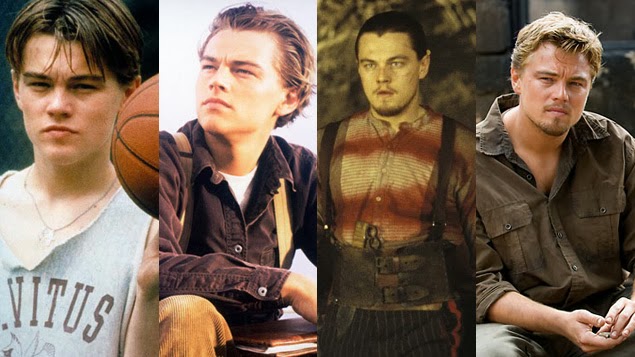 Leonardo Wilhelm DiCaprio was born in L.A. in November 11, 1974. His parents were of Italian and German descent and divorced before DiCaprio was 2. At the age of five, he performed in a children Television show and was shown the door because of disruptive behavior. Apart from his embarrassing involvement in “Critters 3”, he gave one stunning performance after another. As an abused stepson in “This Boy’s Life” he surprised his co-actor Robert De Niro. In the same year, he earned an Oscar nomination for playing a mentally challenged brother alongside Johnny Depp. “Quick and the Dead”, Basketball Diaries”, “Romeo + Juliet” and “Titanic” erupted his status into a pop culture idol. Following James Cameron’s epic, DiCaprio’s career stumbled a little. He appeared in Woody Allen’s forgettable movie, “Celebrity.” “Man in the Iron Mask” and Danny Boyle’s “The Beach” earned him an nomination for Razzie Awards. While both these were hits, in terms of box-office numbers, they indicated a closure of his teen idol wave. It is good that he made these movies because from there onwards he managed to complete the seemingly impossible transition from child actor to adult star.

A Conman and a Gangster

The transition phase DiCaprio underwent in the early 2000’s was largely successful due to his collaboration with legendary Martin Scorsese. He let go his boyish-good looks and turned into a ruggedly good-looking guy in Scorsese’s 19th century crime saga, “Gangs of New York.” He played the role of Irish-American immigrant Amsterdam Vallon and starred against the fierce performer Daniel Day Lewis. He next landed in the role of Frank Abagnale Jr – real life conman – in Steven Spielberg’s “Catch Me if You Can.” It was a slightly conventional, relentlessly entertaining caper movie. DiCaprio effortless played this intelligent character amidst Hollywood’s greatest talents like Tom Hanks, Martin Sheen. 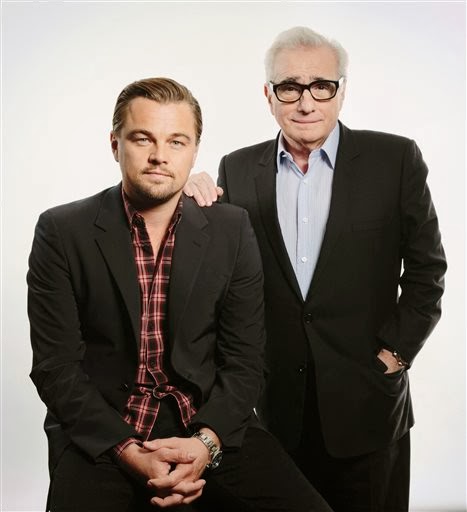 In 2004, DiCaprio re-teamed with Scorsese on a biopic project, “The Aviator”, which focused on the prime years of the famous American billionaire Howard Hughes. Awarded with Golden Globe, DiCaprio brought Hughes’ multifaceted characteristics into his performance: a young-mogul; ladies man; pioneer of aviation; and a paranoid, obsessive maverick, who went on in a mission to take on the US government. DiCaprio’s burrowed himself into this isolationist character – a character which later defined most of his roles. “Aviator” was also the film, which made critics to draw comparisons to the Scorsese’s previous collaboration with Robert De Niro. The third collaboration with Scorsese turned out to be one of the best films of their respective careers.

“The Departed” (inspired from Hong Kong movie “Infernal Affairs”) had an all-star cast that included Matt Damon, Jack Nicholson, Martin Sheen, Mark Wahlberg, Ray Winstone and Alec Baldwin. Unlike Hughes, DiCaprio’s ‘Frank Costigan’ in Departed was a low-level guy – an undercover cop assigned to a notorious Irish-American gang. But, it is another morally ambivalent character, where the inner demons try to bring him down. 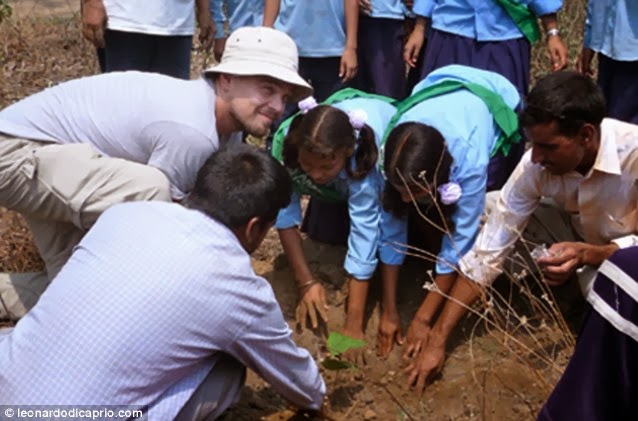 Edward Zwick’s sweeping moral drama “Blood Diamond” had DiCaprio playing Danny Archer – an arms dealer and diamond smuggler, who is at odds with his past behavior. This film earned both Golden Globe and Academy Award nomination, but eventually lost to Forest Whitaker’s portrayal of ruthless dictator Idi Amin. A year later, DiCaprio released an eye-opening documentary “11th Hour”, which was warmly received by both environmentalists and critics. He became a committed environmentalist and lived up to his opinions by driving a hybrid vehicle and installing solar panels in his house. Although, Dicaprio’s detractors find his environmentalist role as a PR gloss on a hard-partying image, over the years, he has proven that he is genuinely frightened at the prospect of post-peak-oil apocalypse and ravaged oceans. He also attended December 2009 UN climate change conference.

A CIA Operative and a Reunion

In 2008, DiCaprio collaborated with another legendary director, Ridley Scott for “Body of Lies.” He played the role of CIA agent, hunting down a terrorist in Jordan. This film pitted him against Ridley’s favorite actor Russell Crowe, who played DiCaprio’s distrustful boss. Although the reactions to this movie were mixed, he once proved his mettle by giving a layered performance. The next project “Revolutionary Road” was a long-awaited reunion with Titanic Co-star Kate Winslet. The story (adapted from Richard Yates novel) tracked a couple in the 1950’s American suburbia, whose relationship slowly deteriorates over the years. DiCaprio’s role Frank Wheeler truly brought the post-World War mind set of a white male. However, it turned out to be one of his most under-rated (only gained an Golden Globe nod).

The next two isolationist characters in Scorsese’s “Shutter Island” and “Nolan’s “Inception” garnered lot of attention, both commercially and critically. In the mystery/thriller and heist/thriller, DiCaprio played roles that question its own sanity. DiCaprio’s Teddy Daniels embodied certain characteristics that require a lot of subtle touches to underscore. “Inception”, praised unanimously for its originality and mind-bending intelligence, was mostly a character-driven film and through DiCaprio’s Cobb, we dwelled into a tarnished guy’s psyche. He once gain maintained his status as top box-office earner, without taking an easy route of superhero franchises.

The Beginnings of yet another Promising Decade 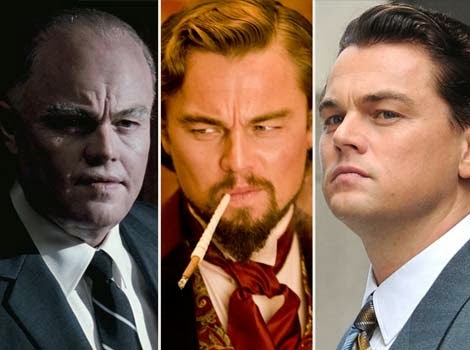 “Inception” completed a circle, which started a decade back on Danny Boyle’s “The Beach.” From charming guy roles he transformed himself to play paranoid, drug-addicted, insane, widowed roles. This decade of magical work was made possible because of his layered performances rather than his impeccable looks. He stood out from the Hollywood crowd by making ambitious R-rated projects and still came out unscarred as a block-buster hero. Yeah, he played Oscar bait roles like Edgar Hoover in “J.Edgar” (2011), but at the same time he fearlessly played as a ruthless antagonist in Tarantino’s “Django Unchained.” He appeared in two grandiose roles, in 2013 – Baz Luhrman’s “The Great Gatsby” and Scorsese’s “Wolf of Wall Street” – biopic of a moral reprehensible guy. By playing a drug-fueled Jordan Belfort, DiCaprio proved his flair of comic acting.

DiCaprio has been nominated four times for Oscar. The social media sites, makes fun of Leo’s bad luck, whenever the award season arrives. It’s repeatedly asked that when will he hold that Golden statue. He may lose the statue once again (this year), this time to Matthew McConaughey (who is choosing an excellent range of roles), but I think it’s just a minor milestone in what is going to be a legendary career. Oscars or not, we can be sure that he is going to turn out more earth-shattering roles in the following years.

at March 01, 2014
Email ThisBlogThis!Share to TwitterShare to FacebookShare to Pinterest
Labels: Hollywood Movies

'Shutter Island'.."Catch me if you can'..'Titanic.."and 'inception' are my favourites among the ones you mentioned.. I liked 'the great gatsby' too..
shutter island overwhelmed me so much that i even tried to search the book by dennis lehane..
i didn't know that catch me if you can was from a real life story...
and i liked the previous look of your blog more, though this one's fine too..

Loved the post...It's not bad luck of De-caprio but it's a gigantic shame on the part of Oscar Jury for not awarding such an impeccable actor who has given back to back fantastic performances..

One of the most convincing actor in Hollywood and justifies each character he portrays,nice post.