The Rocket -- A Feel-Good Story in an Atmosphere of Loss 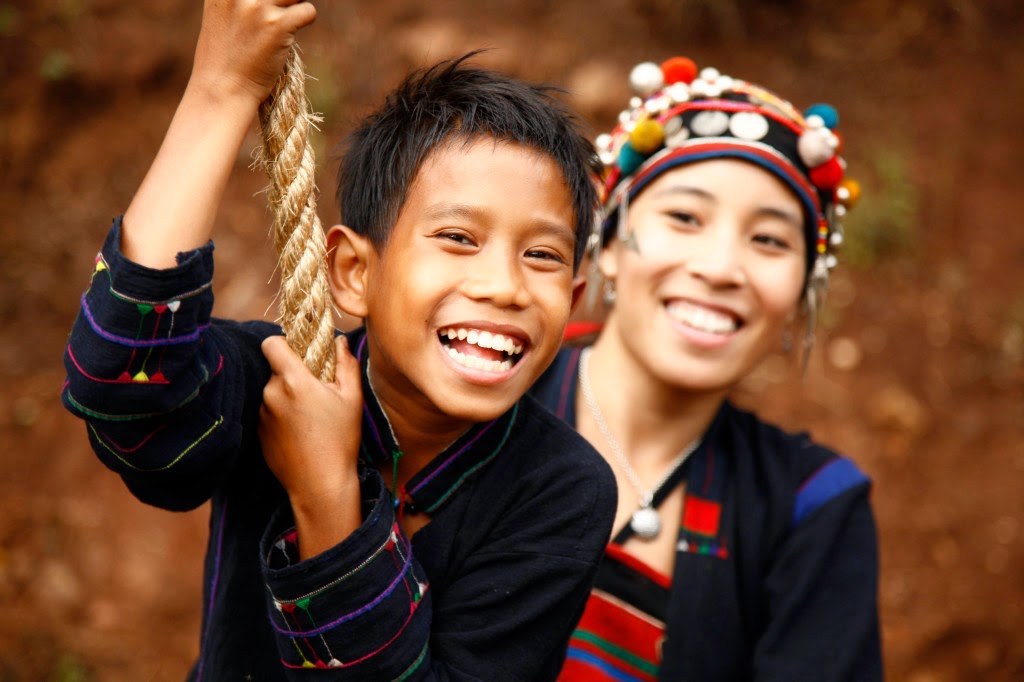 Veteran Australian documentary film-maker Kim Mordaunt has traveled to Laos – a place rarely seen on screen – in 2007 for his harrowing documentary, “Bomb Harvest.” It showed how children of Laos are getting killed every year by picking scrap metals from the hundreds of American unexploded bombs, rockets, and grenades that have littered the Laotian countryside since the Vietnam War. On local lingo, these bombs are called “Sleeping Tiger.” Mordaunt once again returns to these impoverished mountains of Northern Laos with his debut feature film, titled “The Rocket” (2013). It is a crowd-pleasing competition movie and a coming-of-age story. But, what makes this film different from a regular feel-good movie is the film-maker’s determination in tackling diverse issues: like the displacement of people, the legacy of war, the harshness of poverty and the waning of traditional beliefs.

The film opens in a remote village in Northern Laos region, where a young wife Mali (Alice Keohavong) gives birth to a young boy. Both Mali and her mother-in-law Taitok (Bunsri Yindi) are jubilant, but Mali begins to have more contractions, which means that she is having twins. Taitok tries to kill the new-born baby, because their superstition is that out of two twins, one will be cursed (will bring bad luck). Mali stops her mother-in-law, but unfortunately the second baby arrives, dead. They both secretly bury the baby, vowing not to tell Toma (Sumrit Warin) – the boy’s father. The boy is named ‘Ahlo’ and his grandmother’s superstitious belief doesn’t come true for a decade. 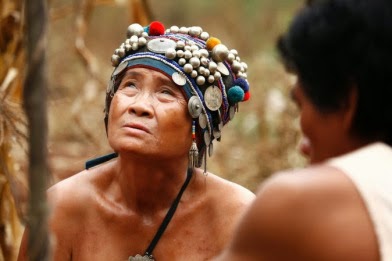 Ahlo (Sitthiphon Disamoe) is an energetic and resourceful boy (catches fish, repairs lanterns etc). Taitok’s awaited bad luck comes, when Laos's communist government and an Australian corporate announces its plan for a building a new dam (for a hydro-electric project) that will submerge Ahlo’s village. These impoverished people can’t fight against the government and they are promised of clean quarters and farming land (as shown in a crass corporate video). Ahlo’s family gets ready for the journey. He and his mother Mali pick up mangoes from a 400 year old tree to plant its seeds in their new land.

Ahlo wants to carry his canoe to his new house, but father and grandmother are totally against it. By Mali’s persuasion the family, the boat is pulled up by a buffalo, inch by inch through the mountainous region. A tragic accident occurs at this point, and Mali dies in front of Ahlo. After an arduous truck journey, Ahlo reaches the Nan Dee Relocation Camp. It looks like a refugee camp, but the officer promises them that the dwellings are being built. In the camp, Ahlo incurs the wrath of other people by stealing funeral flowers and making friends with two outsiders -- Kia (Loungnam Kaosainam), a doe-eyed little girl and her alcoholic uncle Purple (Suthep Po-ngam). Even total strangers take Grandma Taitok’s view in the case of Ahlo. To prove his worth and determination, Ahlo finally gets one chance, in the form of a rocket competition. 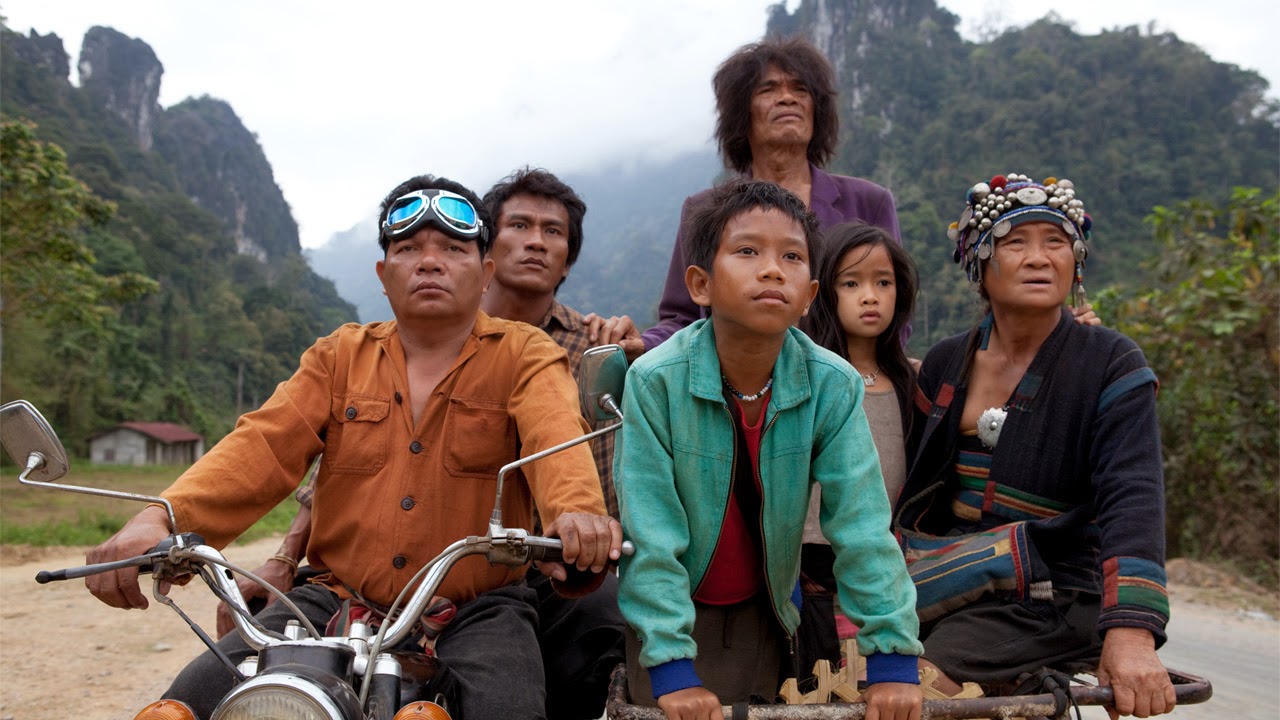 Two movies came to my mind, when watching ‘The Rocket’: one is Rene Clement's 1952 classic, “Forbidden Games”, where a little orphan girl and a poor farmer's son make their way through occupied France during World War II; the other one is “Beasts of Southern Wild”, which portrayed the excruciating lives of some humans, living inside a super-power nation. Like, ‘Rocket’, that film also showed how animals within this area are treasured as well as routinely slaughtered. Laos’ rural culture and its obsession with phallic talismans and animal sacrifices are depicted with a documentarian’s eye. There is also a metaphorical scene in the beginning, where Ahlo swims in the lake created by an existing dam. He passes submerged statues that symbolize the country’s neglected traditions. Artfully persuasive scenes like these elevate ‘The Rocket’ from being just a feel-good movie. 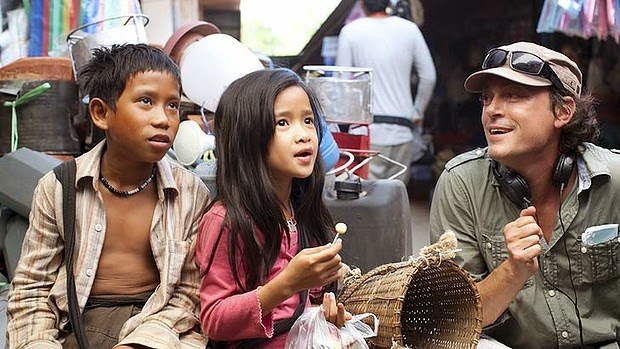 Laos is one of the most bombed countries per capita and director Mordaunt clearly seems troubled by the things Westerners have done in Southeast Asia (there is a callous Aussie in the film who witnesses the village’s relocation). The script, co-written by Mordaunt slowly builds from tragedy and becomes a lively affair in the last part, bolstered by fine touches. He also doesn’t romanticize the characters as happy-go-lucky noble savages. He shows how traditions and rituals have adhered in place, which is wrecked by the technology of modern warfare. The cinematography confronts the country’s torrid past, which echoes throughout the scarred yet gorgeous landscapes. The cast -- except for the comedian, who played uncle Purple -- is full of non-professional actors. Sitthiphon Disamoe, the real-life street seller gives an exuberant performance that captures the resilience and curiosity of youth.

“The Rocket” (95 minutes) is an ingenious piece of entertainment, which paints a naturalistic portrait of Laotian life and hopes for a change rather than dwelling on the past tragedy.