In movies, kids and teens are mostly used for annoying roles. They either provide comments or remain cuddly. Except for some American indie movies, Iranian and South East Asian movies, most kids’/teens movies are made by people who don’t understand their world. At the same time, many film-makers were good in pursuing the tag line ‘something is wrong with that kid.’ Some film-makers approach these kids/teens as a creepy little thing, capable of murder, while some others makes us ask, what charges the murderous intent within a kid/teen: nature? Or nurture?


There are plenty of great movies that are engaged on this theme: evil kid/teen. Most are horror movies. In this list I have tried to include the terrifying kids from both the horror/thriller and hard-hitting dramas that takes a small peek into their troubled psyches. If I have missed out any films, please state in the comments section. 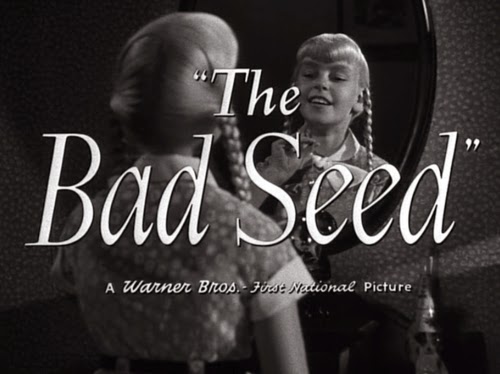 This Mervyn Le Roy’s film was one o of the first to deal with criminal conduct as biologically conditioned. This dark drama launched the sub-genre of evil-kid movies. Patty McCormack gave a credible creepy performance as eight year old Rhoda that never went quite over the top. The pig-tailed little girl is a budding sociopath, whose internal drive works her to get what she wants the easy way. Rhoda’s characterization is something of a caricature, doing actions against her insistently pure appearance. There are some deplorable missteps, but ‘Bad Seed’ still looks menacing. 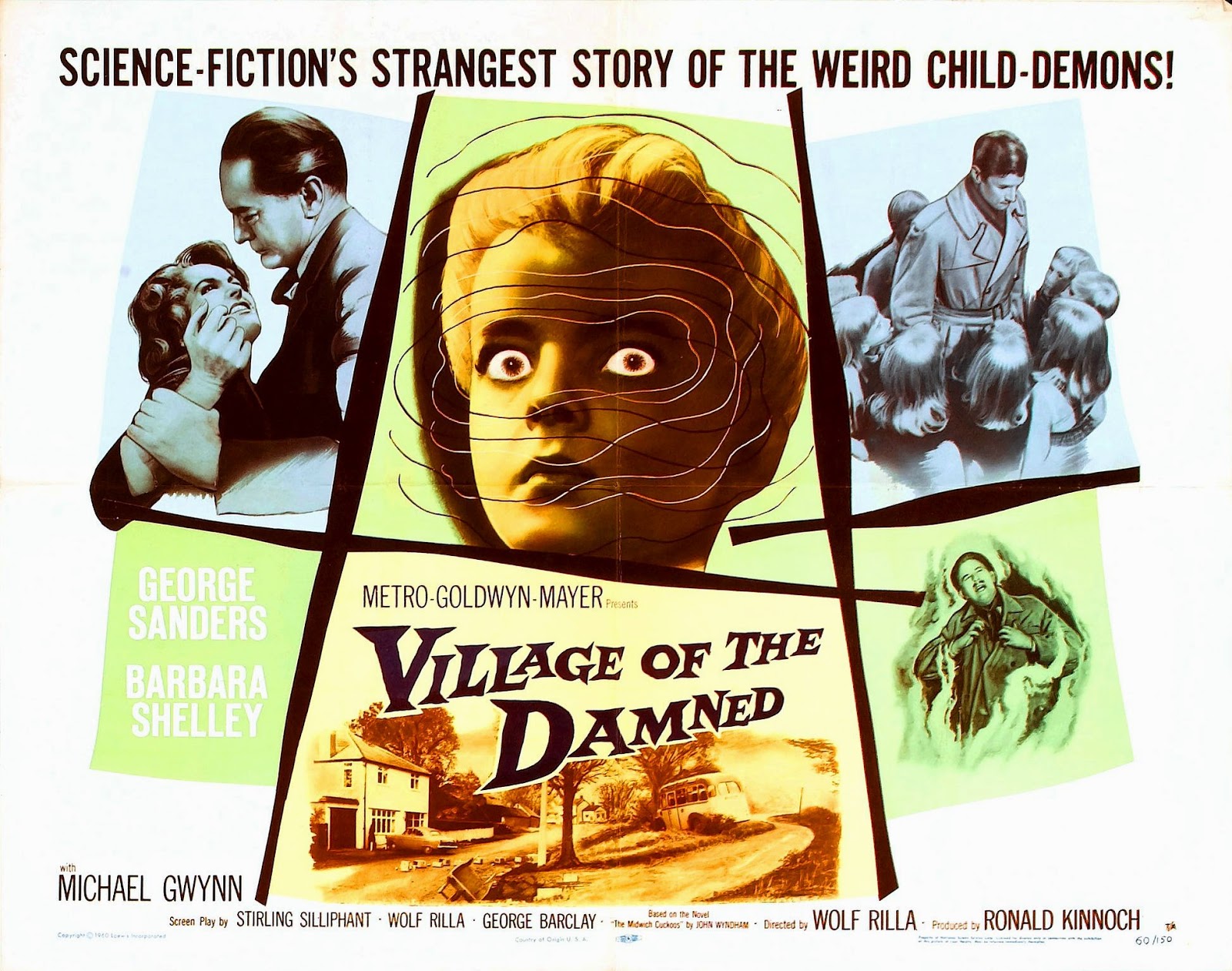 Wolf Rilla’s Brit, sci-fi/horror takes place in the village of Midwich, where an event causes all inhabitants to fall asleep for several hours. When they wake up, few hours later, every woman in the village discovers themselves pregnant. Children with blonde hair and piercing eyes are born, and you can easily guess what’s gonna happen. Although this premise has been played to death, “Village of the Damned’s” atmosphere and pace are superbly handled. The dread we feel for these strange children are built with mood and insinuation rather than violence. 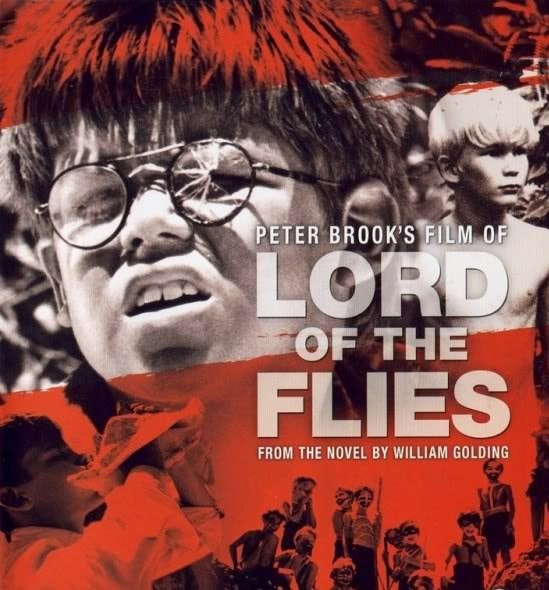 William Golding’s allegorical novel “Lord of the Flies”, which was considered as one of the greatest novels in the English language, served us the perfect portrait of youth gone wild. A group of Brit school boys survive an air crash, gets marooned in a Tropical Island and slowly the boys revert to savagery. The movie’s violence may not seem shocking now, but violence has never been the point of story. Both the book and Peter Brook’s adaptation isn’t known for its cheap horror tactics. It is rather showcases an idea that civilization and our organized, refined behavior is no match for the inherent evil of human nature. 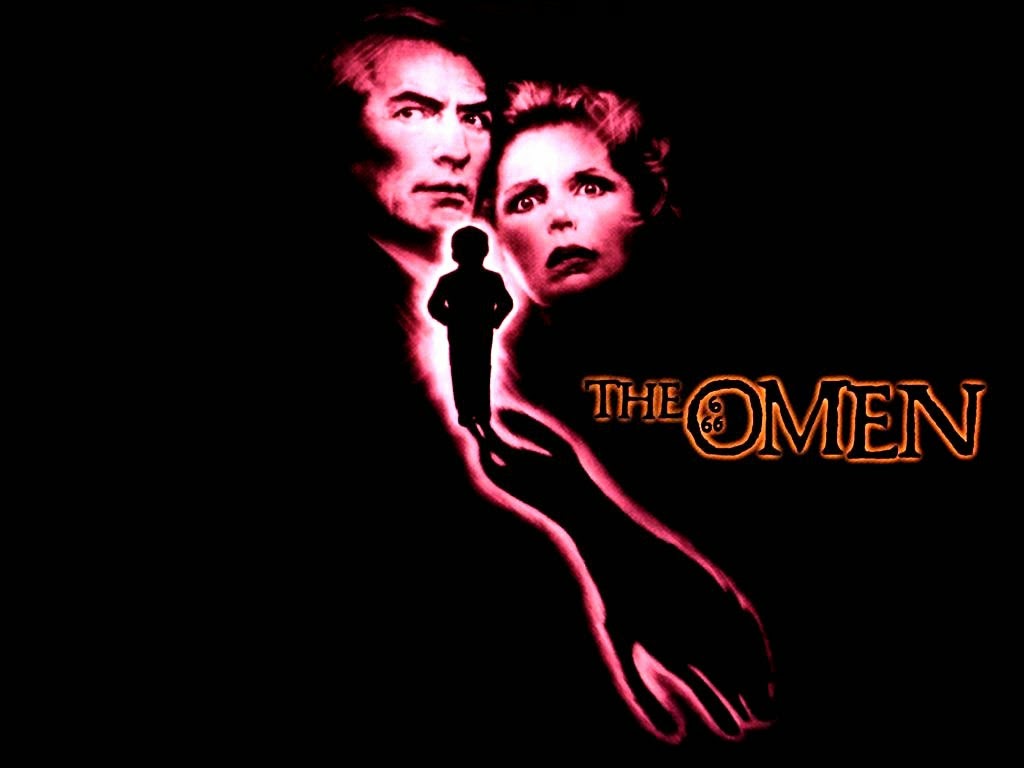 Richard Donner’s entertaining horror film came after the grand success of ‘Exorcist.’ Rather than going into the territory of possession, this film brings up a boy, who is evil incarnate, the antichrist. He is born into the family of a sophisticated politician and is expected to ‘establish his evil satanic kingdom, here on earth.’ Harvey Stevens’ performance, the boy who played Damien Omen, will definitely give chill of genuine credibility. The apocalyptic religious fantasy angle also worked well as suspense thriller. The movie mostly avoids physical gore, though the tone of is one of unrelieved menace. 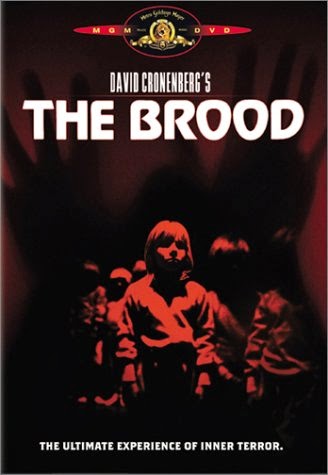 Canadian auteur David Cronenberg’s skillfully made splatter movie castes children as homicidal psychopaths. An estranged husband tries to keep away his daughter from the mother, who is supposedly in psychotherapy under the care of an egoistical doctor. The twists are unexpected and turn the film into an unpleasant shocker. At the same time, the whole bloody exploration could be seen as a metaphor for the cruelty of bitter divorce. “Brood’s” themes were explored by Cronenberg in most of his other works, especially the horrific human mutation and externalization of sexuality. 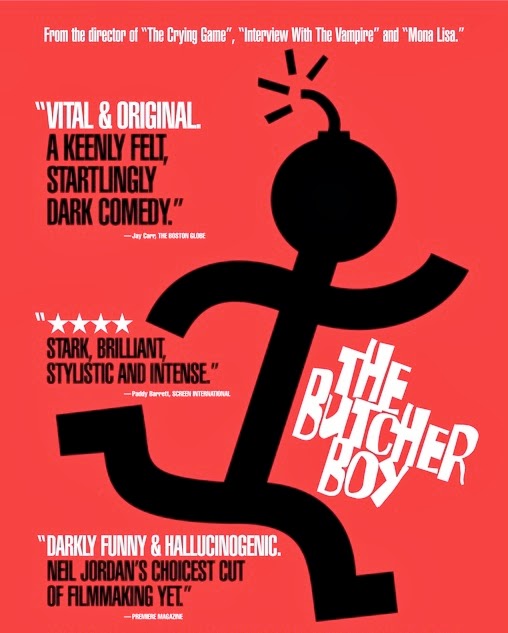 This bold drama by Neil Jordan tries to evocate a troubled and violent childhood of a boy. Its protagonist Francie (brilliantly played by Eamonn Owens) is bright and mischievous, who plays cowboys and Indians like any other boy. But, his mentally affected mother and alcoholic father mostly ignore him. The villagers’ gossip makes Francie to protect the family’s honor. That is when the film gets horrifically bloody. The movie unfolds from Francie’s warped sense of reality and so it is disturbing to see how the lack of love turns kids into killers. The only problem viewers may find is the Irish wit, which might seem incomprehensible at times. 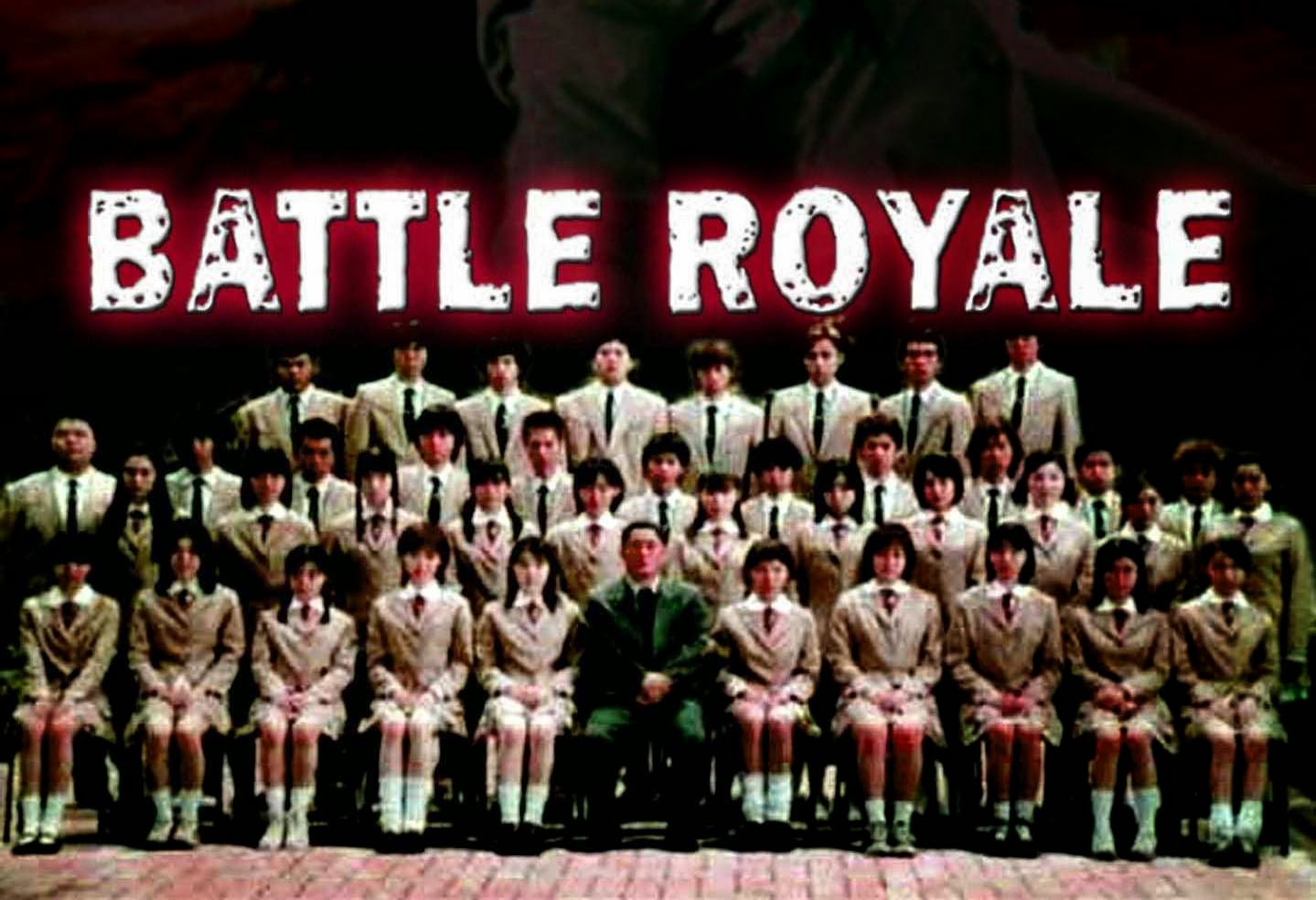 Fukasaku’s bloody spectacle introduces BR act, which specifies that a class of ninth-graders, selected by random lottery should participate in a cruel contest on a remote island. The 41 teens are expected to kill each other off until only one "winner" is left. If you can bear with histrionics performances and cheap horror executions, you can see that the film is deeply concerned with social cohesion and the value-gaps between the generations. It is also a take-off on reality TV that turns high-school relationships into a war zone. 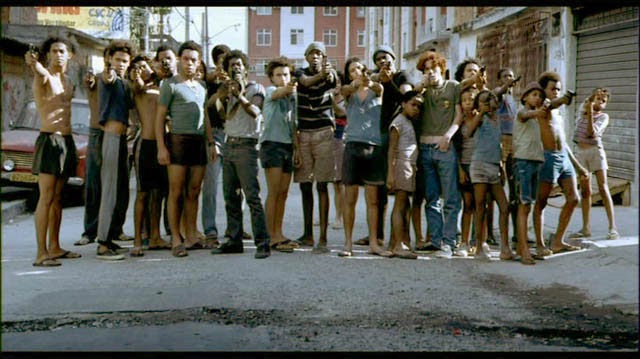 Fernando Mereilles’ dynamic portrait of Brazilian gangs shows how kids are drawn into a life of crime, brutality and murder as it seems like the only avenue that is open to them. The images of gun toting pre-teen killers are very disturbing. There is also another harrowing scene, where the local drug lord in order to exact revenge on a disobedient gang of 9 and 10 year olds incapacitates two of them and forces one of his own kid soldiers, to choose which one of the two he wants to kill. The violence is abhorrent, but nonetheless it is a masterpiece. “City of God” can’t be just labeled as ‘killer kid’ flick, because its themes generate an aura of fear unlike any horror film. 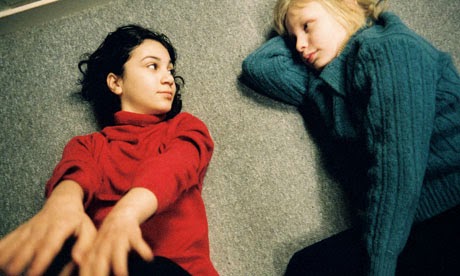 Tomas Alfredson’s Swedish coming of age horror tale eschews all the foolish themes that have plagued vampire films. The story takes place in 1981 and is about an 11 year old boy Oskar, who happens to befriend a normal-looking girl. The girl lives with her guardian, Hakan, who wanders in the night to kill men and fills his bucket of blood for the girl. The film uses the vampire and killer kid framework to bring together the pubescence and vampirism. It could be appreciated by anyone who cherishes the beauty and pain of growing up. Of course, you also have to stomach the violence. The movie was also well remade by Hollywood -- "Let Me In" (2010). 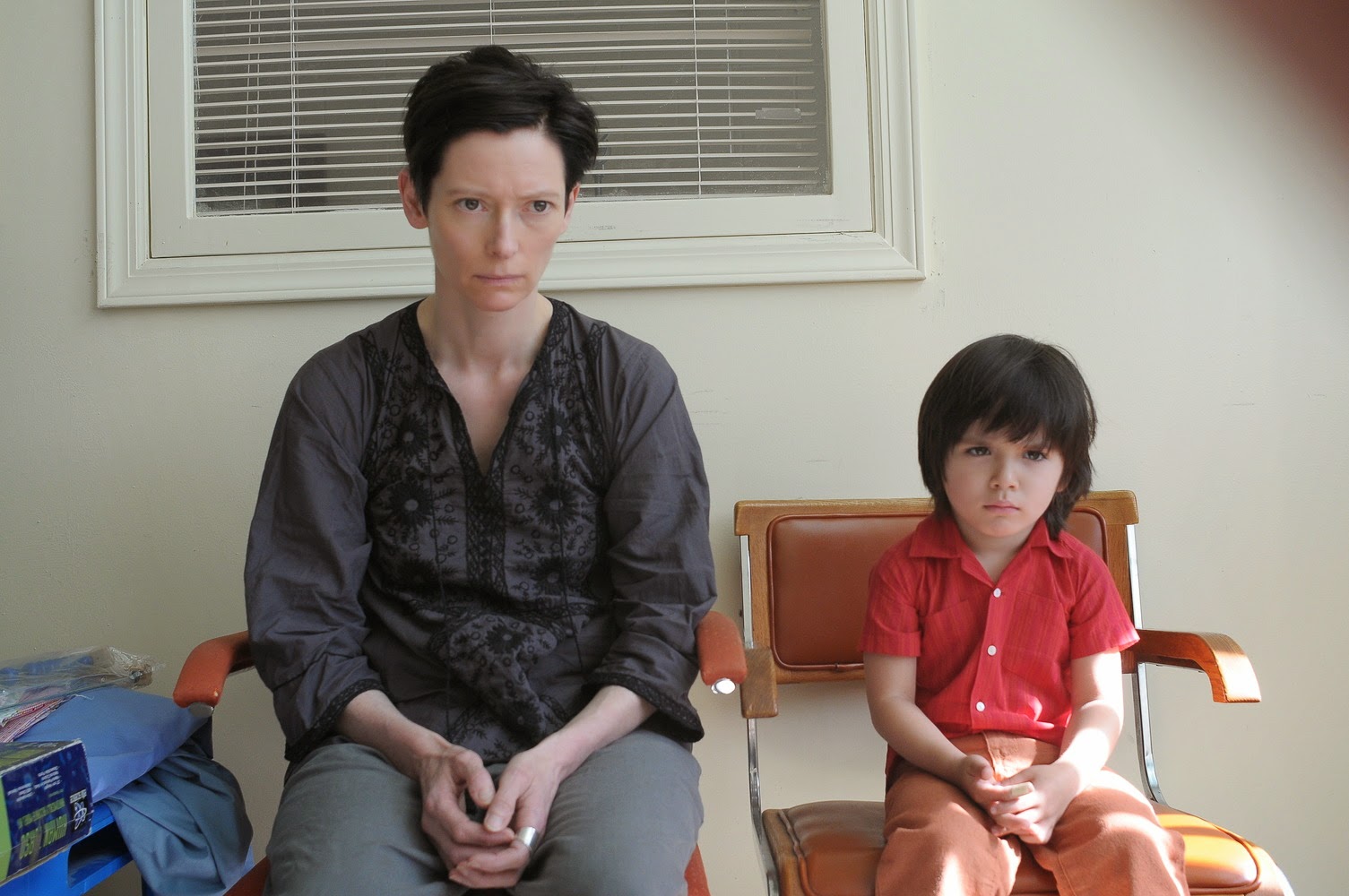 This art house psychological study about a shattered mother and her heinous teenage son is one of those confrontational cinemas with disturbing elements that will leave you speechless in the end. Lynn Ramsay’s adaptation of the Lionel Shriver’s novel provides no easy answers to a horrific crime. It portrays a world of parenting that is not sugar-coated. Mommies ought to love their babies, but what happens when a child is just a pure aura of evil and effectively manipulates the parents. Tilda Swinton’s tortured looks and Ezra Miller’s malice elevates this film to another level. It is a depressing exploration of a nightmare (not for entertainment) and there is no light at the end of the tunnel.

Other Notable Movies: Hard Candy (2005), Who can Kill a Child? (1976), The Ring, Hanna, The Good Son, Orphan.
at March 19, 2014
Email ThisBlogThis!Share to TwitterShare to FacebookShare to Pinterest
Labels: Movie Lists