We Are What We Are -- Elegantly Restrained Horror Flick 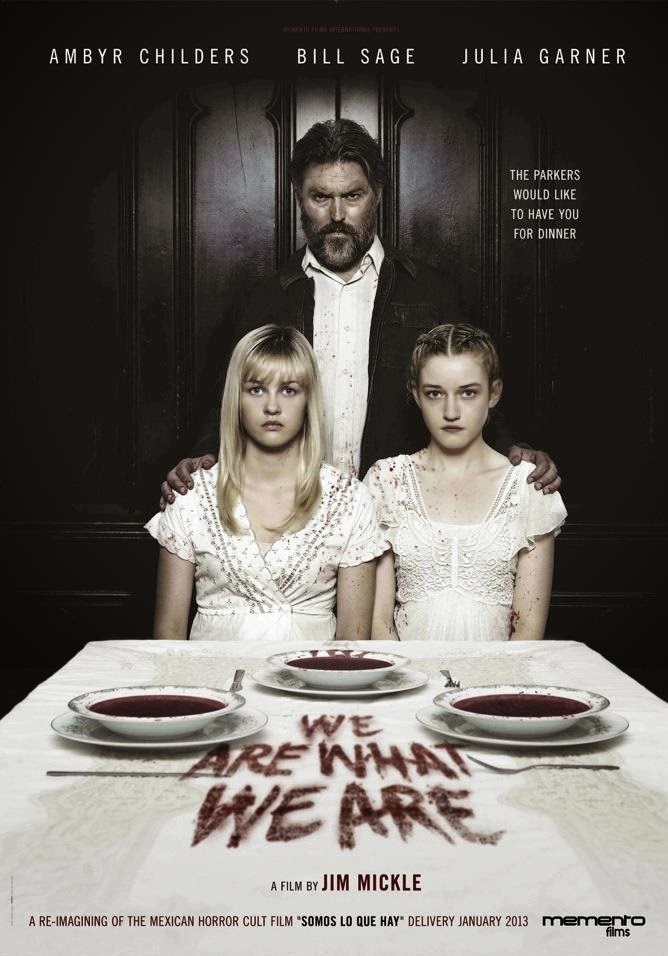 Ever since the release of micro-budgeted indie horror, “Texas Chainsaw Massacre”, movies about cannibalism came in abundant quantity, showing us some deformed faces with a penchant for making masks and lampshades out of human skin. All these stories more or less has the same story line: unwitting teenagers go into the woods, camp near a lake or someplace, get trapped by hillbillies look-alike, gets killed and later are cooked. So, in that case, Jim Mickle’s “We Are What We Are” (2013) is different, since there is nothing formulaic here. It also doesn’t offer the mundane horror-movie jolts and doesn’t get too bloody until the last part of the film. The movie is loosely based on the Mexican horror film “Somos Lo Que Hay" -- a story about family dynamics and cannibalism. Jim Mickle rather than making a carbon copy out of the original has chosen to create chills with his own moody, atmospheric stamp.

The story is set in a rural American town infested with dead-end religions abandoned theology. It is a town that is still reeling in the past. It is a Friday and the ritual is set for Sunday. The matriarch (Kassie DePaiva) of the Parker family drives to town, amidst the torrential rainstorm, to buy groceries, ahead of the ritual. She collapses in the road and dies. The cause of her death is some unspecified illness. Frank Parker (Bill Sage) and the daughters -- Iris (Ambyr Childers), Rose (Julia Garner), and little son -- Rory (Jack Gore) look devastated due to the loss. Despite the loss of his wife, Frank is reluctant to cancel their annual feast. The feast is called ‘Lamb’s Day’ and the family seems to be in fasting. The job of preparing the meal for the feast now falls in the hands of two daughters. 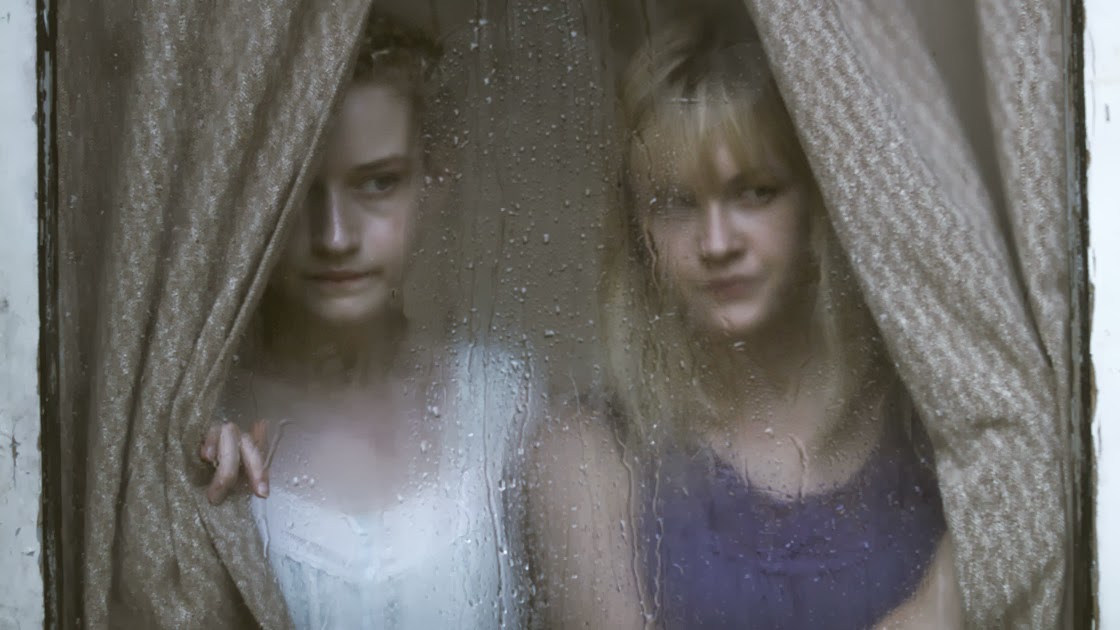 In the meantime, family physician, Doc Barrow (Michael Parks) performs an autopsy on Mrs. Parker and finds some shocking truth behind her illness. In another instance, the doctor finds out a human bone washed up in the creek. The doctor’s daughter has disappeared, earlier, and soon another woman goes missing too. The town sheriff mostly ignores doctor’s findings. Barrow with the help of Deputy Anders (Wyatt Russell) tries to get to the bottom of these things. Anders pokes around the Parker house to get acquainted with his high school crush, Iris. Iris, withholding some horrific secrets, yearns to live as some ordinary teenager with Anders.  However, the lovely young women cannot seem to escape from the brooding eyes of Frank.

Unlike most of the movie human flesh eaters, the Parker family a part of the community and not seen as the isolated weirdos. Nothing could be suspected, looking at the angelic faces of the two girls. Director Mickle improves certain things from the original film. He adds a back story to the family’s annual ritual, which has the influences of American Gothic tales. Mickle also adds genuine ‘what-the-hell’ scares rather than giving the startling jumps. He doesn’t hurry things, gives time to take note of every detail, and slowly builds things to the inevitable showdown. Except for the climatic carnage (definitely not for the squeamish), the director keeps the bloody detours to a minimum level. The gorgeous cinematography gives a hint of Terrence Malick movies, casting a grayish gloom over the exteriors.

Bill Sage doesn’t make Frank into a fire-breathing religious fanatic. His low-key performance plunges deep into this somber and menacing character. Childers and Garner as the two daughters gives an absolutely mesmerizing performance. The desolate expression and the empty gracefulness of the girls elicit some sympathy for them.
Restrained direction, lush look and excellent acting make this film, a cut above the typical horror-film. “We Are What We Are” sublimely confronts the crackpot religious beliefs passed on like a disease from one generation to another.

My god, this is scary as well as interesting..but i can only read the review here...can't muster enough courage to watch it ever...:)

Very good review, scary and interesting at the same time.