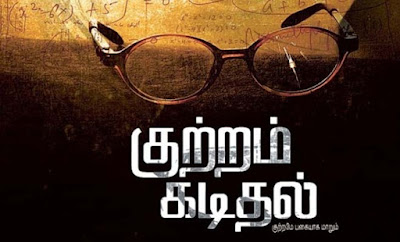 Theater-artist turned film-maker G Bramma’s Tamil movie “Kuttram Kadithal” (2015) bears an English title “The Punishment”, although the literal translation means ‘daring a crime’ (see Wikipedia page for the movie). The crime in the movie isn’t pertained to a particular individual, but the entire system – from education to media – that trains its people to either run away from truth or embrace half-truths. “Kuttram Kadithal” was screened at various film festivals, including Goa and Mumbai and went on to a National award for ‘Best Tamil Feature’ (although it was only recently released in theaters). The film has little thriller elements, but it is mostly a sublime, nonjudgmental character study about different people, hailing from various socioeconomic class.

The movie opens in the house of a newly married couple. The assortment of personal photos on the cupboard plus their names – Merlin and Manikandan -- and religious icons refer to the fact that it’s a love marriage, while the slightly forlorn expression of Merlin (Radhika Prasidhha) states that their marriage didn’t have parents’ approval (in this case, Merlin’s mother – a devout Christian). When she sits in front of the mirror, before getting reading to start her day as the school teacher, Merlin is in a dilemma about following whose faith. She asks her husband (Sai Rajkumar) to place the sindoor on her forehead, a decision which shows that she is ready to embrace both faiths. Merlin, who is afraid of rat and a more sensitive woman, wears the mask of a strict teacher amongst the students. 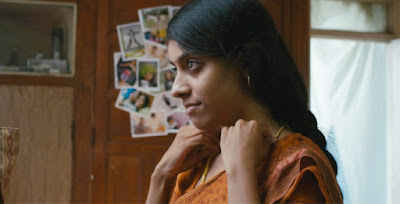 She goes as a substitute teacher for a lower class (5th standard) and sees a birthday girl crying. She discovers that a boy named ‘Chezhiyan’ (Ajay) from the same class has kissed the girl, on account of her birthday. The harmlessly jubilant boy makes a humorous remark when Merlin asks about his behavior. She gets infuriated by the remark and slaps the boy, who falls down and slips into an unconscious state. Merlin is asked to immediately leave the premises of school as the principal advises that it might become a large issue. The narrative moves between Merlin experiencing the crisis of faith and the boy’s mother, an auto-driver, who has lost her husband. The boy’s uncle, Udhayan (Pavel) – a headstrong man and the agitated school principal makes up for some of film’s most intriguing characters. 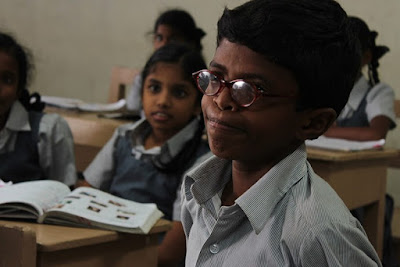 “Kuttram Kadithal” is one of the most subtle and vividly detailed Tamil/Indian movies in the recent times. In an interview to Hindu, writer/director Bramma states how a film should not only have content, but also aesthetics that could appeal to universal audiences. Indian cinema is often pockmarked with movies that have relevant social messages, but savaged by film-makers with a hypocritical moralist stance. Bramma infuses effectual characterization rather than treat the actors as caricatures or set properties. Except for the portrayal of corporate media, the characters are multi-dimensional, each behaving in a manner that isn’t cinematic. 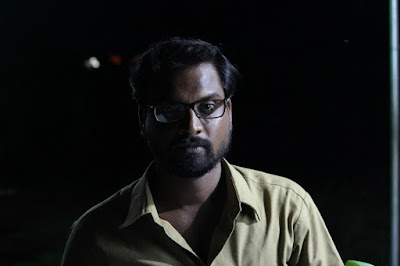 The director repeatedly alludes to how the characters make decision from their previous experiences or from their socioeconomic perspective. The high principled head-master (a loving husband, an agonized father; he is seen following the rule of wearing helmet) immediately asks the teacher to run away rather than facing the consequences for her mistake or crime. He has taken this decision, which isn’t limited between right or wrong. The head-master fears his fellow people of the society, whom he thinks might do something rash, out of anger. His thought process might not be an exaggeration, but then this choice transcends the dimension of the crime and feeds off creatures that thrive on some sensation. Self-willed Udayan, in one earlier scene, stops a rich man in the car, who has knocked down a fragile old man, riding in a cycle. The rich man without a second thought hands over money as compensation and wants to run away from the situation. But, Udayan makes the rich guy to take the old man to hospital as compensation. Through this little sequence as well as Merlin’s fleeing, Bramma points out how the society has taught its people to run away from the erroneously perpetrated crimes by taking few shortcuts. 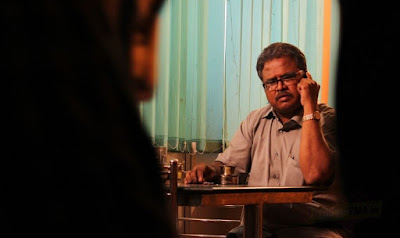 Despite portraying Udhayan with a headstrong, the writer has shown good judgment in never making the character to do some dramatic things. Udhayan is also shown as a reasonable guy, who knows when to back off. The total lack of sexual education (or the way it is perceived even among adults) is also one of the chief plot elements. The words the Zoology teacher uses on the reproduction class to the giggling students makes up for one of the well-written dialogues in the film.  Apart from being a staunch societal drama, Bramma also weaves the movie as women’s journey through crisis of faith and as a tale of mothers. Mirror, the symbol of both physical and spiritual reflection, is used on couple of occasions by the director to showcase Merlin’s faith crisis. After the disastrous incident in school, Merlin goes to a Church and watches her face in a two-Wheeler rear-view mirror. Her bewildered face in the mirror is juxtaposed with the symbol of cross and in a fleeting moment, she comes to a decision that her current predicament is related to her previous choice of abandoning the faith. She immediately rubs off the sindoor on her forehead. Through her short trip, Merlin comes across different kinds of religious (Christianity) icons that also gradually stabilizes or makes her to do the right thing. 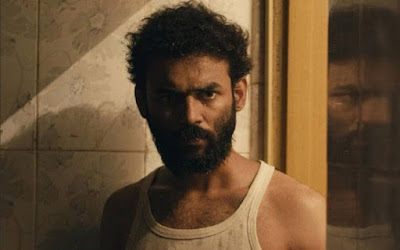 In his landmark novel “Mother”, Maxim Gorky wrote “Mothers are hardly ever priced”. Director Bramma, apart from repeatedly referring to this novel, has designed the script to be a tale of working class women or mothers. The decision of head-master and his wife to protect Merlin seems to be a parental instinct; the struggles of Chezhiyan’s mother are distinctly portrayed; and the levelheaded policewoman is seen picking her son from karate class amidst her pressurized work. The other significantly commendable aspect of Bramma’s direction is the way the songs are amalgamated into the narrative. The great Tamil Poet Subramaniya Bharathiyar’s magnificent song “Chinnanchiru Kiliyae” was well orchestrated (music by Shankar Rangarajan) and an earlier song in the school impeccably brings the sense of being in an actual classroom. The movie has its own set of flaws like trying to be a thriller or the melodramatic contrivances towards the end.  A brief judgmental view of media doesn’t seem to fit into the movie’s environment. The director imbues the idea of media being a stalker with sinister intentions (as if yellow journalism is the only kind).  But, these few missteps don’t affect the subtlety of the movie’s social message.

“Kuttram Kadithal” (120 minutes) is a skillfully designed social issue drama that might inspire Indian film-makers on how to tackle such subjects without getting into the preachy mode.