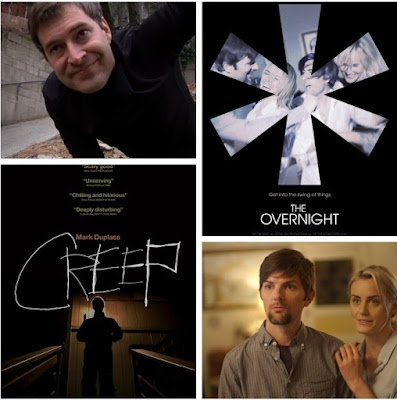 A majority of found-footage genre flicks are a trick that makes us watching the most tedious, uneventful affair. Found footage horror are the worst because a few jump scares and a person running with his camera into the woods pretty much makes up for the story-line. Of the camera crew-following, feature films mockumentary sub-genre because of its facetious or satirical nature. Another sub-genre that creates equal revulsion like found-footage movies is dramedies on romantic relationships. Both the mentioned sub-genres follow a predictable trajectory and the character motivations are easily judged. American independent film-maker Patrick Brice embarked into film-making career by making two features on these detested sub-genres. “Creep” (2014) is about a naive young man, Aaron (Patrick Brice) responding to a Craigslist ad from a creep named Josef (Mark Duplass), while “The Overnight” (2015) is an embarrassment sex comedy about a conservative couple (Adam Scott & Taylor Schilling), who had recently moved up to LA with their young kid, takes over an invitation of a over-the-top weird couple (Jason Schwartzmann & Judith Godreche).

Despite the limitations of such sub-genres, Patrick Brice’s two films unsettle and somehow entertain us. The movies imbue certain familiar elements of the respective genres, but still go on to circumvent the audiences’ expectations. Most importantly, it tests on the viewers’ limitations. Be it the swinging prosthetic penis in “The Overnight” or the sick rape story in “Creep”, Brice takes us into unexpected, blistering territories and tests whether we could watch it in silence. Within this very limited framework, the writer/director creates an incredible amount of tension. I wouldn’t say that these films have set a benchmark for found-footage horror or sex dramedy, but it is an unpredictably entertaining experimental main-stream cinema. 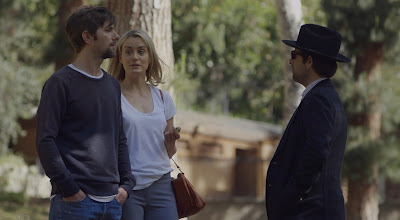 “Creep” and “The Overnight” belong to two opposing genres, but still there are many themes that the movies share. The dreadful feeling of inviting a stranger into one’s life is one of the recurring themes. Young people in both the films seem to be devoid of intuition. They don’t know where to set up the boundaries and how much one is allowed to reveal about themselves to a stranger. While Mark Duplass’ creep character Josef creates enough trust (especially with that cancer story), Jason Schwartzman’s wealthy hippie character Kurt, don’t have an ounce of reliability. Nevertheless, these primary characters confirm and detract from our expectations. The trust issue is raised every time the narrative changes its trajectory. Adam Scott’s Alex & Taylor Schilling’s Emily in “The Overnight” are often confronted with a question of ‘Do I trust these people?’ or ‘believe their words?’ Patrick Brice’s naive, trusting character Aaron in “Creep” in a way looks like a few years younger version of Adam’s equally naive Alex in “Overnight” (of course Aaron could have become like Alex if he had just looked back while sitting on the park bench). 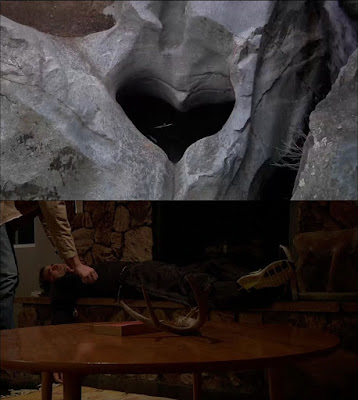 If you had read the plot of both the movies before watching it, then Schwartzmann’s ‘Kurt’ and Duplass’ ‘Josef’ seems to exhibit their intentions in the first time we see them. They seem like the guy who might just bring havoc on their counterparts – conservative young people. But, what’s good about these preordained characters is the way there is a layer of reliability attached to them. They are not caricatures who pursue their alleged intentions with a single-mind. Kurt and Josef open up to us and their counterparts (Alex, Emily & Aaron) to create a dependable quality. At point, we seem to proven totally wrong about these preconceived intentions. Viewers might think that they are trained to think in such a manner. But, then the narrative takes a twist and goes for the usual route and later some unconventional element is diffused. This kind of zig-zagging of character intentions might irk some viewers, raising questions of plausibility (regarding character decisions), but considering the movie’s limited running time and its genre, the plausibility issues aren’t a big bother. 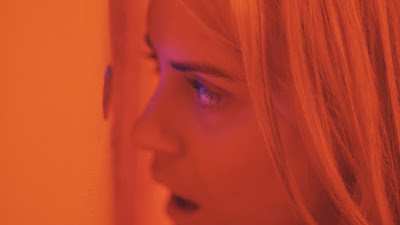 Loneliness and lack of worldliness is some other elements that seem to plague the characters of “Creep” and “The Overnight”. Alex & Emily put up with the increasingly weird antics of yuppie couple to eradicate loneliness and to attain the sense of belonging. Aaron is easily manipulated with little gestures to unworldly decisions. Aaron is the proverbial good guy like Alex and their respective fates are decided by the genre these characters are occupying. “Creep” and “The Overnight” is sprinkled with darkly comic moments, like dancing for children song with ‘peach-fuzz’ mask; or Alex & Emily’s reaction on watching the home-made breast pumping videos. 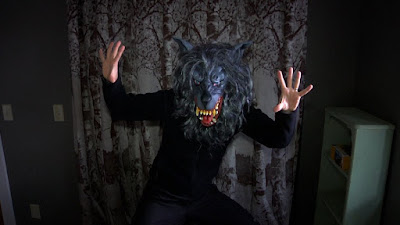 Experienced actors in both the movies help immensely to elevate Brice’s material. The performances are mostly on-the-set improvisations by the actors, and so the responses and reactions of the characters don’t ring false. The oddball comic skill of Schwartzmann and Taylor Schilling’s perfect horrified reactions are the best in “Overnight”. Mark Duplass in “Creep” brazenly mixes the alpha-male jocularity with the deep-rooted psychosis. Writer/director Patrick Brice did a commendable job, in terms of narrative in “Overnight”, whereas his camera placements are the good thing about “Creep”. Unlike most of the found-footage flicks, Brice’s work offers enough justification on why the camera’s on or why the camera is turned off. As I said earlier, these movies aren’t without flaws. There might be plenty based upon the viewers’ POV, but one glaring flaw I thought was the characterization of Josef in “Creep”. It is good that this guys’ action are unpredictable, but Josef is oddly portrayed as both sociopath and psychopath. The epilogue shot in “Creep” also overly stretches the line of belief.


Patrick Brice’s “Creep” (77 minutes) and “The Overnight” (79 minutes) creates enough tension and are amply laced with black humor to make it a worthwhile movie experience (please remember that these films hail from the most worn-out sub-genre in the whole of cinematic medium).