When Marnie Was There – A Poetic Tale of Friendship, Loss and Mortality 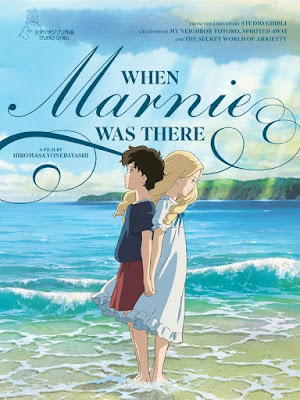 The world’s most beloved and highly imaginative animation studio, Japan’s Studio Ghibli, has recently announced its temporary break from anime productions. The retirement of anime masters Hayao Miyazaki and Isao Takahata combined with the recent box-office misfortunes has made the studio to take such a decision. It is very sad news for fervent film buffs all over the world. “When Marnie Was There” (aka "Omoide na Mani", 2014) would remain as the latest Ghibli movie for quite some time (Marnie was also said to have performed poorly in Japanese box-office). Directed by Hiromasa Yonebayashi, “Marnie” was based on the British novelist Joan G Robinson’s 1967 novel (“Howl’s Moving Castle” & “Secret World of Arrietty” were also based on British novels).

Ghibli’s trademark coming-of-age themes, rich natural world, positively infectious spirit and bitter-sweetness encompasses “When Marnie Was There”, although the movie might not measure up to the studio’s evergreen classics “Princess Mononoke”, “My Neighbor Totoro” and “Spirited Away”. “Marnie” was a minimal work, even when compared with Ghibli’s recent endeavors like “The Wind Rises” and “Tale of the Princess Kaguya” (one of the gorgeous hand-drawn anime ever made). Nevertheless, “Marnie” could be enjoyed on its own terms and I have always felt that an above average Ghibli work is superior to Hollywood animation studio masterpieces. Director Yonebashi has deftly adapted a Western children’s book, imbuing Japanese context and little of adult psychology. 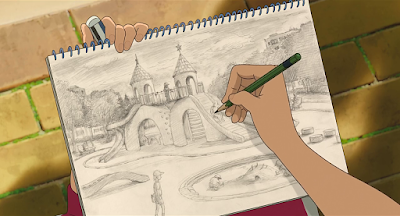 The anime begins with 12 year old Anna Sasaki woefully sitting under the shade of tree, watching over the jubilant kids running around the playground. Her artistic talent is well evident from the picture she has drawn of the playground. But, her portrait more or less shows the playing area as some sort of grey, desolate place. Anna proclaims “In the world there’s an invisible magical circle; these people are inside, and I’m outside”. Her quest to get into an inner magical circle is makes up for the movie’s narrative. Anna, the asthmatic child on the cusp of puberty, has only recently confronted with this hopeless feeling as she discovered some terrible document about her foster mother. Anna’s worried guardian Yoriko insists that the girl call her ‘mother’, but Anna only thinks of her as an aunt. 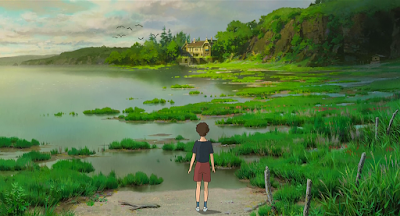 On the doctor’s insistence, Anna is sent to Yoriko’s relative in the countryside. The fresh air might provide cure to her ailing disease and calm the shredding emotions. She stays up with Oiwas, who reminds us of the genial elderly couple of Ozu films. Oiwas’ own children are living in cities and they are very happy to receive Anna. They also give Anna her own space. Anna wanders around the beautiful coastal town and mostly avoids people. Anna’s love for sketching draws her close to an astounding, dilapidated, British-style manor. Known as “Marsh House”, the majestic building is situated on the other side of a cove.  Anna repeatedly dreams about the building and in her dreams, she sees a young blonde girl in high window having her hair brushed by a governess. One day, Anna even meets the mysterious girl named “Marnie”. Both the girls have blue eyes and a tormented childhood. As the girls strongly bond with the feeling of friendship, questions arise about the identity of Marnie. 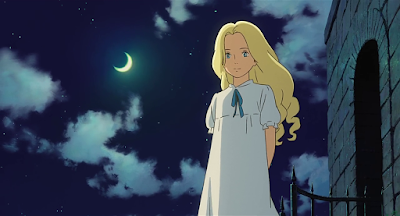 The explanation of the mystery behind the existence of Marnie may not satisfy us, compared to the mystery itself. The backstory is too melodramatic that makes reminisces us of mopey YA novels, but these flaws are transcended by the creation of an exquisitely beautiful landscape, whose luminescence can’t be sometimes explained by mere words. The richly textured image of Anna rowing the boat, while Marnie stands on the bow, her blonde hair fluttering, is something only the Ghibli geniuses could think of. There are many such virtuoso moments, which make us forget the dab resolutions and lack of complex catharsis.  Like previous Ghibli movies, the protagonist goes through the subtly hinted phase of sexual awakening or has a pre-adoslescent crush (Anna was flustered when she sees Marnie dancing with a boy). Similar to “Spirited Away”, Anna stumbles into some sort of secret realm (although not as elaborate as the Miyazaki classic) in which there are no outright villains. If there is an antagonist in the anime, it would be the passage of time and haunting, entombed memories. 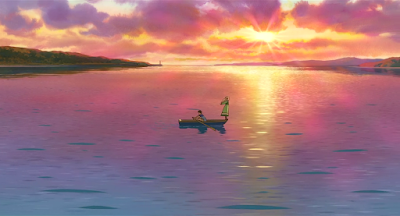 Apart from the visually poetic images of moonlit marsh landscapes, the other captivating vision is the evocation of that Gothic mansion. The initial interplay between Anna and Marnie were really heartfelt; two fragile souls reaching out to each other for affection. Director Yonebashi adeptly diffuses some of the Japanese elements: like the presence of enigmatic, reticent fisherman, Toichi; the good-natured Oiwa hand-carved owl sculptures (in Japanese culture, owls are the symbol of luck and provide protection from hardships), etc. The standards for liking “Marnie” might be defined by viewers’ patience and attention, and their ability to overlook few melodramatic contrivances. 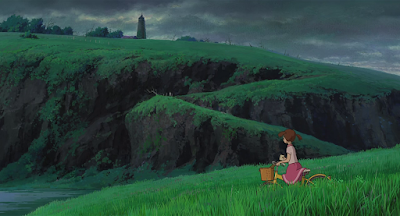 “When Marnie Was There” (103 minutes) is a must watch for the cinephiles, who love the works of Studio Ghibli. It is a lyrical adventure story that explores lush landscapes as well as haunted memories.

When Marnie Was There aka Omoide no Mani -- IMDb
at October 01, 2015
Email ThisBlogThis!Share to TwitterShare to FacebookShare to Pinterest
Labels: Anime, Coming of Age Movies, Family Drama