All Is Lost -- The Old Man and the Hostile Sea 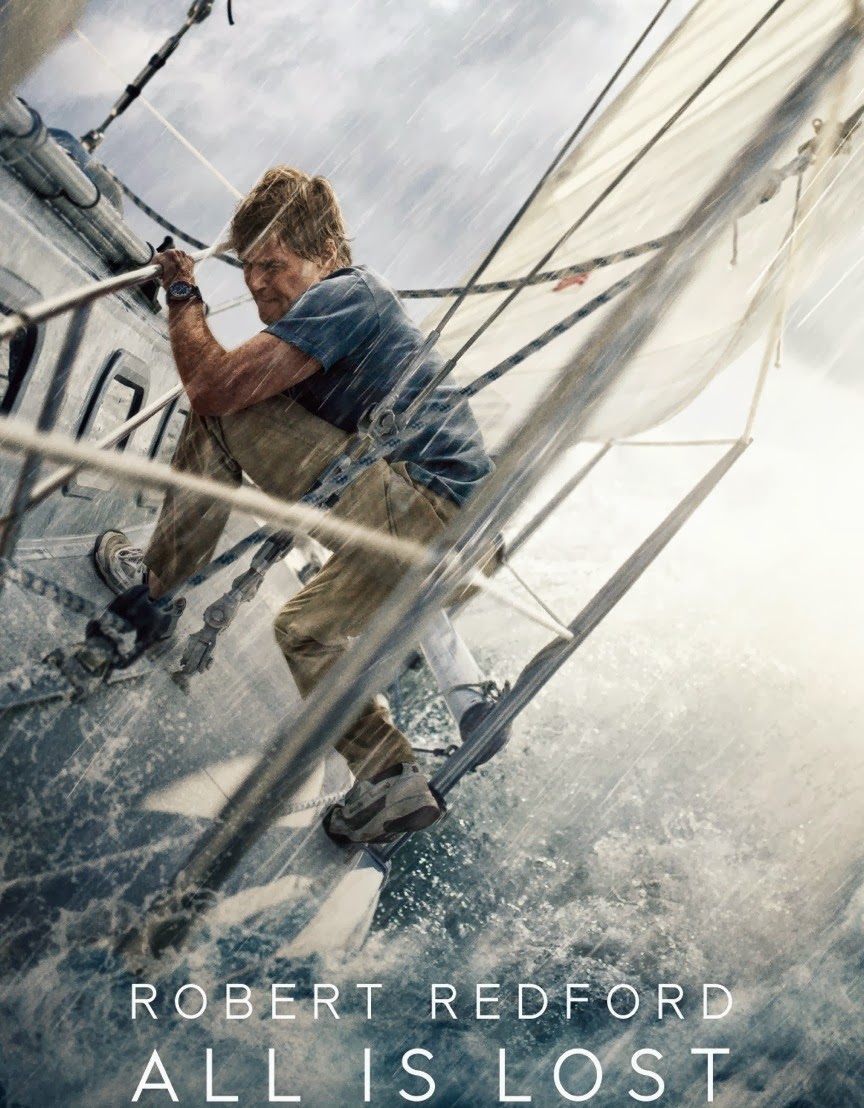 Robert Redford’s career has spanned for more than five decades. In this span, he had efficiently played the dual role of actor/director and has bestowed us with films like “Butch Cassidy and Sundance Kid”, “Jeremiah Johnson”, “The Sting”, “Three Days of Condor”, “All the President’s Men”, “Ordinary People”, “The Natural”, “A River Runs Through It”, and “The Horse Whisperer.” Redford’s recent films were critically panned for voicing his liberal political views. But, for J.C. Chandor’s unusual survival drama, “All Is Lost” (2013), Redford has ditched all his politics and has given us a character, which is elemental in its simplicity. Solitary existence of a human among the relentless force of nature has been the theme of many survival stories – most recently in “Gravity” and “Life of Pi.” However, what differentiates “All Is Lost” from the other survival sagas is that, it doesn’t have more than one setting, very minimal dialogue and only one actor.

The movie opens with our unnamed protagonist, apologizing for his failure to survive in a voice-over narration: “All is lost but soul and body and a half-day’s rations. I think you would all agree that I tried – to be true, to be strong, to be kind …” Then we see him eight days earlier, sleeping solo on a 39-foot sailboat named “Virginia Jean” in the middle of Indian Ocean. He suddenly awakens after seeing the water sloshing through his cabin. His yacht’s hull is pierced by a floating boxcar that has spilled off a ship. But, our guy, who looks like a wealthy guy isn’t panicking much. He finds out that there is no electricity, radar and radio goes offline. He gets on with the job of patching the hole and manually pumping out the water.  Things get much worse, when the storm clouds are visible on the horizon. All kinds of problems pop up and the nearest shipping lane seems to be hundreds of miles away. 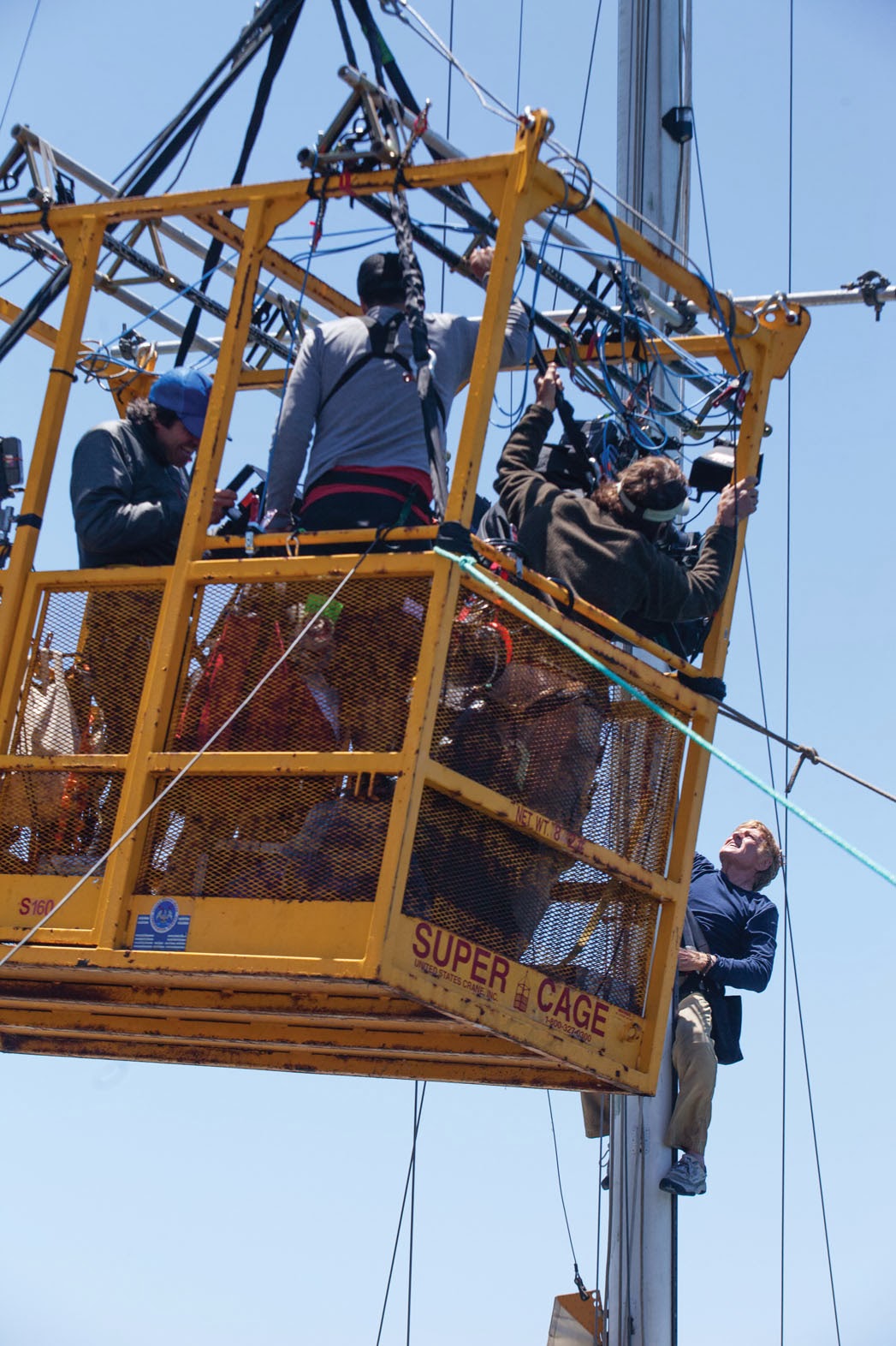 Writer/Director Chandor’s previous debut feature was the chatty, Wall Street recession drama “Margin Call” With “All Is Lost” he demonstrates how great things could be achieved through a minimalist approach. The handheld cameras keep the action direct and without jittering. Even the simplest tasks in the sickeningly dark ocean prove to be suspenseful. Chandor’s script is more daring than any other survival story because we are never given a traumatic back story (like in “Life of Pi” or "Gravity”). There is no weighing down statements or questions like “do we believe in a God”? Or “Is there an afterlife left out to consider?" It simply addresses the dilemma of a valiant man, who could either fight until his last breath or else could accept his fate with dignity. Chandor also seems to be ridiculing the over packed, understaffed cargo ships (which is exactly opposite to “Cast Away”). The ending is uncompromising and is left to open interpretation. The deft camera work of Frank G. DeMarco and the under-water cinematography by Peter Zuccarini focuses on the ghastly business of surviving at sea.


Chandor excels in the way he has astutely casted and used Redford’s persona. An actor like De Niro or Al Pacino wouldn’t have worked in this role, since Chandor’s vision demands a man, who keeps things, bottled up and dry. Like Gregory Peck, Gary Cooper and Clint Eastwood, Reford belongs to the group of handsome, wooden Hollywood actors. So, as always he symbolizes ‘The Man’ with integrity and modesty. Many have complained that this is the worst acting they have come across in a survival tale. It’s true that our man remains wooden, barely cries, never pours out his feelings to a volley ball or to us (through a voice-over narration) and he says the quintessential four-letter expletive English word only one time, but does that mean he is not projecting himself into the role. Why an actor in a lonely adventure should should emote within a set of rules. Why can’t he remain businesslike with demeanor calm? Instead of repenting for some past sins, he just demonstrates his resourcefulness with a way to get precious drops of fresh water. Our man focuses only on the now, omitting out all his life’s regrets.

Stripped of a conventional plot details and characterization, “All Is Lost” could be seen as an exercise in ‘pure cinema’ by some, while others might hate it for the same reason.  This is the most pragmatic, least paradoxical, down to earth survival saga.