Short Term 12 -- A Tear-Jerker in the Truest Sense 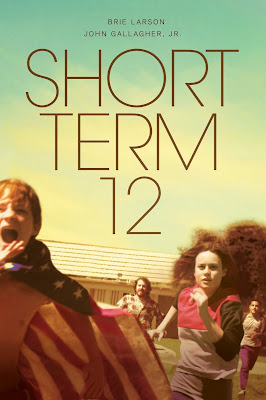 The best American Independent films give these big feelings within the first 10 minutes than all the summer’s Hollywood blockbusters. The focused and quite interactions within the people authentically examine the lives of those who live in and work at the contemporary, believable America. Of course, you have to put up with the shaky camera work and striped down production values. But, these movies have the great power of tugging at our heart without damaging it up with sentiment. Destin Cretton’s “Short Term 12” (2013) is another indie movie that sneaks up on you and makes you care about the characters. The film’s title comes from the juvenile care facility -- where it is largely set. Destin, who has also written the script, has expanded the story of his 2008 short film, which was based on his own work at a teen care facility.

Grace (Brie Larson) is the supervisor/counselor at the facility called “Short Term 12” – a group home for troubled teens. The supporting staff team includes her boyfriend Mason (John Gallagher Jr.) – with whom she lives with, Jessica (Stephanie Beatriz) and the timid newcomer Nate (Rami Malek). They are not therapists or psychologists. So, their only job is to help the teens to work out their emotions. They can subdue a kid, who tries to escape, but can’t lay a finger on any resident, once they have crossed the gate. At the start of the film, everyone’s focus is on Marcus (Keith Stanfield), an alienated boy, who is about to turn 18 and is scared to leave the facility to face the real world. Sooner, a new resident named Jayden (Kaitlyn Dever) arrives, who is known for her tantrums, unruly behavior and suicidal tendencies (self-cutting). For Grace, Jayden mirrors the issues she faced on her won adolescence. Other interesting residents are Luis (Kevin Hernandez), a prankster and the bipolar runaway Sammy (Alex Calloway).

It seems that both Grace and Mason grew up at foster home. Grace father is in jail and the thoughts of him bring a pain to her face. She is level-headed and emphatic in an earthy way. When everything seems too good to be true, two events bring an uncertainty to her life: Grace discovers that she is pregnant with Mason’s child and her father is going to be released from jail. While, both events seem to be call for celebration, the prospects of these events disturb her for reasons that remain unknown for a large chunk of the movie. At the facility, Jayden shows the signs of trauma, Grace once experienced. 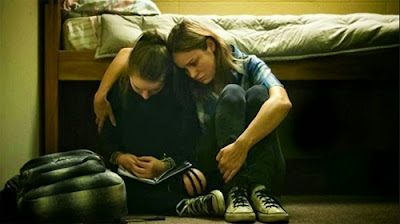 Destin Cretton’s script is primarily focused on Grace. He avoids melodrama in her characterization and the warm interaction she has with everyone slowly reveals her inner lives’ wounds. Right from the start, Grace seems to be in control amongst all these madness, but only later we see that her own crisis and problems remain in the dark by having the satisfaction of taking control of others’ problems. The script perfectly renders the working of an institutional environment, which swings from boredom to violence, within a few minutes. Another strong point in Cretton’s script is the moment of comic relief. There is a grueling sequence, where the furious Jayden throws a cupcake at Grace’s face, curses, screams and spits at two staffers, who are trying to hold her down. At this dense moment, Mason asks Grace how the cupcake tastes. She wryly laughs, temporary defusing the tensed situation. Scenes like these try to balance the emotional turbulence, prevalent throughout the movie. 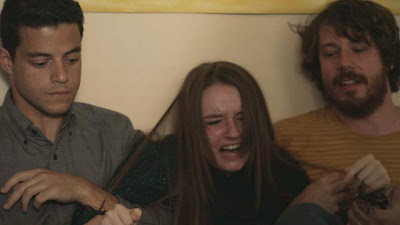 Cretton’s handheld camera works intimately with the characters, but may lead to instances when sensitive viewers feel a little motion sickness. Some may view the handheld techniques as a distraction, but still, it doesn’t minimize the power of this film. The quiet and wonderfully detailed performance of Brie Larson looks always legible and convincing. Her initial warmth makes the coldness, towards the end a bit frustrating, for both Mason and the audience. She makes us implore that she’ll soon recognize Mason before it’s too late. John Gallagher Jr. plays a boyfriend character, which we normally don’t see on-screen. His knack for storytelling and the love he shows towards Grace makes him a genuinely good guy, not some wimp, who falters at crisis.

“Short Term 12” (95 minutes) is powerful ‘little’ cinema that relies on storytelling and character building. It could have easily been a popular (and largely forgettable), sentimental movie of the year, but by remaining genuine and down-to-earth, it lingers way beyond those touching last moments.

There's a hilariously scatological tale told at the beginning, a sweetly uplifting one at the end, and in the middle a parable about a lonely octopus that may be the most heartbreaking thing you'll hear all year.
Best Bears | Bear Viewing | Bear Viewing Trips, click here