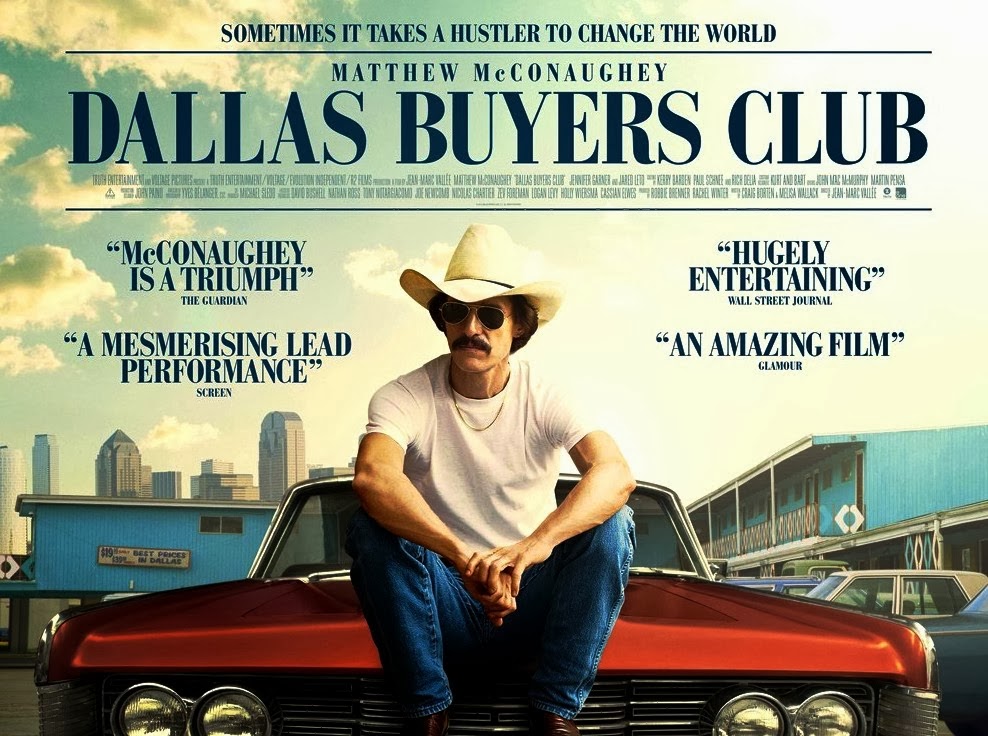 In the 1980’s, in the US, and later in many part of the world, AIDS related paranoia and restlessness spread-like forest fire. The drugs to mitigate the symptoms of the disease were also so few, ineffective and highly expensive. There was also a misconception about AIDS that only homosexuals are vulnerable to this disease. In those days AIDS is referred to as “GOD’s judgment against gays.” So, when Jean Marc Vallee’s “Dallas Buyers Club” (2013) starts, we see a group of mid-80’s rodeo rednecks conversing or mocking about the recent death of AIDS afflicted actor Rock Hudson.  Well, soon one of the rodeo’s life changes, when he comes in close contact with the disease through another gruesome way and becomes the recipient of fear, hostile homophobic actions.

The movie opens with a primitive vitality as Ron Woodroof (Matthew McConaughey) is engaged in sweaty-sex with two women inside a rodeo arena cattle stall, while inside the ring, a rodeo is being tossed around and pierced by his bull. One man’s life is in question as another one is enjoying the company of women. But, later we get to know that the man outside the ring has also risked his life. Woodroof is a proud Texan-electrician. He runs on cigarettes, liquor and drugs. He is crudely homophobic and like a rodeo has this pure animal drive for living. In short, he is not a guy we root for in movies. A little accident takes him to the hospital, where he was informed that he has AIDS.  He bellows at them first and but was explained that an unprotected sex through a infected female drug user might have been the reason for his HIV transmission. 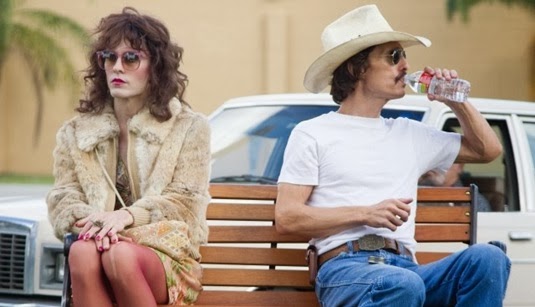 Woodroof was given 30 days. He already looks gaunt-eyed. His friends shun him from the group and are afraid to even touch him. He vigorously denies accepting his fate and does a lot of hollering at Dr. Eve Saks (Jennifer Garner) and her boss (Denis O’Hare). Through an orderly in that hospital, Woodroof gets AZT, an experimental drug which wreaks havoc on his white blood cell count. Later a trip to Mexico introduces him to a renegade doctor (Griffin Dunne), whose cocktail of vitamin and drugs (not approved by FDA) bolsters up his health in a substantial manner. He has also passed the 30 day deadline. Soon, Woodroof decides to profit of this therapy by physically and economically. He recruits an HIV-positive trans woman, Rayon (Jared Leto) (he meets him in the hospital) and starts a self-guided alternative therapy in a local motel. He charges $400 membership fee to give his experimental drug cocktail. The illness didn’t go away but the symptoms are controlled without any strong side effects. Soon, AIDS afflicted people flock the lobbies of the motel, as Woodroof travels in the attires of priest and doctor to get unapproved drugs from various countries. 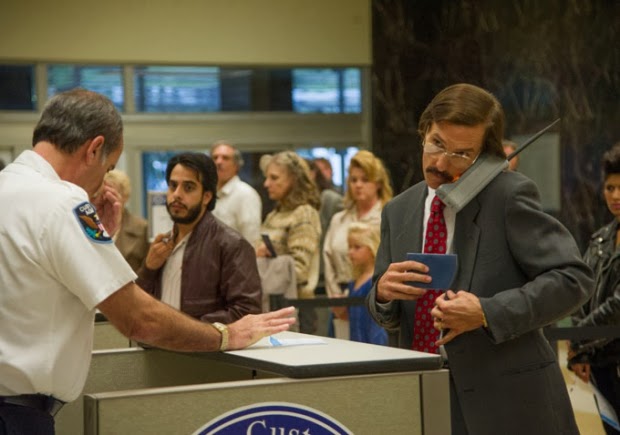 As like in many of the “based on a true story” movie, considerable liberty is taken to establish the main character and narrative. But, still the most compelling aspect of this movie is McConaughey’s performance as transforms from a redneck to a man who shows respect for the gays. However, Woodroof is not portrayed like a redeemed saint. The whole business venture is based on his thirst for life and money. Remaking the health policy and saving the diseased people only comes next. As time changes, he shows a lot of empathy toward gays. Many consider that Woodroof’s rampant therapy course a key development in the history of fighting AIDS. McConaughey, in the recent past has constantly worked to re-invent his image (“Lincloln Lawyer”, “Killer Joe”, and “Mud”). Here, he has 50 lost pounds (which is often called as “Oscar-bait”) and brings out a masculinity, which runs full only on sheer bravado. But what counts in this performance, is the fear we see in McConaughey’s eyes – fear of death.

There is a hint of romance between Woodroof and Dr. Saks, but the relationship which is more interesting than the former is the one between Woodroof and Rayon. Known for playing teen heartthrobs, Jared Leto, here sheds all those caricatured feelings and catapults a performance that is rich with delicacy and humor. Their compassionate friendship, in a way, revives the ancient of stereotype of the tragic, self-destructive drag queen. Jennifer Garner’s performance is good but her character of Dr. Saks is a redundant one. 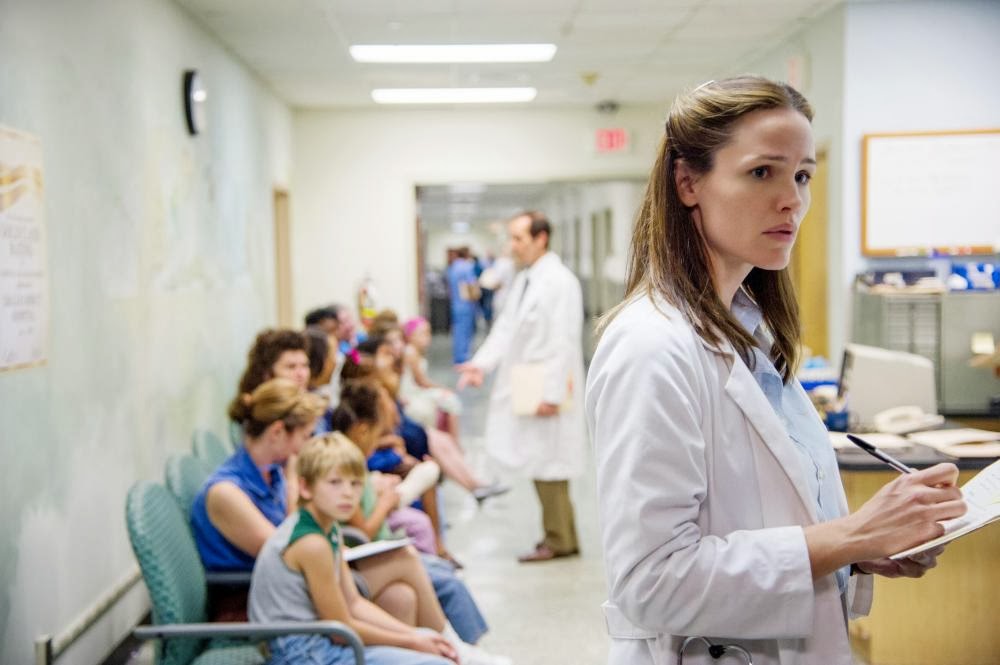 Directing Craig Borten and Melisa Wallack’s robust, schmaltzy-free script is not an easy thing. It could have easily become a campy movie, where a heroic redneck straight man delivers medicines and saves the flocks of hopeless homosexuals. But, director Jean-Marc Vallee, without stamping out the script’s life, blends both the character study and campaign against pharmaceutical company. He also maintains an impressive control over all the performances, presenting them with a low-keyed humanism.

Yeah, there are lots of conventional elements in “Dallas Buyers Club”, but the film provides a striking portrait of an undeniably sincere and determined man. It also offers the painful history about the sufferers of AIDS in that paranoid era.

Rated R for pervasive language, some strong sexual content, nudity and drug use
at January 30, 2014
Email ThisBlogThis!Share to TwitterShare to FacebookShare to Pinterest
Labels: Based on True Story