The Past -- Intricate, Sensitive and Suspenseful Family Drama 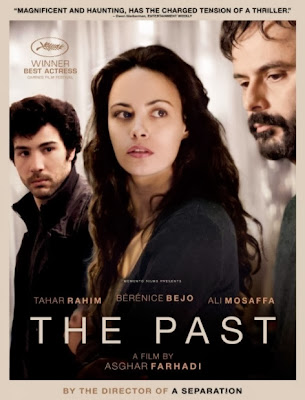 ‘The death of love’ – that’s the origination point of Iranian director Asghar Farhadi’s movies. His Oscar winning art-house favorite of this decade, “A Separation” started from the bitterness between an unhappily married husband and wife. He subtly conveyed the emotional turmoil around the couples, especially their abandoned daughter and ailing relative. The tears’ viewers shed for the characters were not squeezed by some emotionally manipulative shots. It placed the helpless viewers amid interpersonal, household, and familial crises. Now, Farhadi is back with another captivating domestic crisis drama, “The Past” (2013), which will once again linger in your mind long after its final frame.

Like the Iranian auteur Abbas Kiarostami, Farhadi was forced to work outside his country due to his government’s interventions. He has shifted his camera from the hypocritical family issues of Iran to the darker consequences of easy-breezy relationship in France. However, this transition hasn’t caused any damage to his thematic sensibilities. He once gain throws us into a chaotic family, where everything is, initially, a mystery. When the past is revealed slowly and naturalistically (mostly through conversations), you could feel that you are witnessing a strong work of one of cinema’s most universal storyteller. 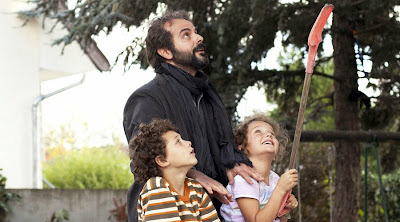 Marie (Berenice Bejo) is looking for her ex-Iranian husband Ahmad (Ali Mosaffa) at Charles de Gaulle Airport. He has come back to France after four years, to sign the divorce papers and both of them, soon starts quarreling inside the car. Marie-Anne wants to start a new life with her boyfriend, Samir (Tahar Rahim). Marie has two daughters by yet another man -- the 16 year old Lucie (Pauline Burlet), who resents her mother’s new relationship and little Léa (Jeanne Jestin). Lucie loves Ahmad as her father, even though he isn’t. Samir runs a dry-cleaning store. He and his little boy Fouad (Elyes Aguis) have moved in with Marie-Anne. Ahmad is annoyed because Marie hasn’t booked him a room at hotel and is now asking him to stay in her chaotic house.

He soon finds himself amidst all sorts of problems. Little Fouad is distressed because his mother, Celine is in hospital after an attempted suicide. There is shady past behind her suicide attempt and another intriguing fact is that Samir is yet to divorce his wife, Celine. The estranged teenage girl Lucie wants Samir out of her household and looks like carrying a terrifying truth that might shatter everyone’s life. The situation gets increasingly complicated when Marie announces that is pregnant with Samir’s child, who at the same time becomes doubtful about her relationship with Samir. 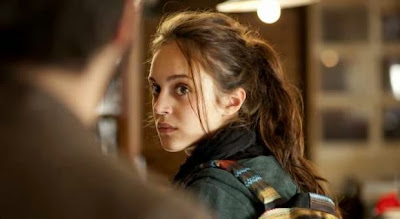 The story might sound soap-operatic, but what unfolds on-screen is an intense realistic portrayal of multicultural Western life. For a movie named ‘Past’, surprisingly there are no showy flashbacks. The characters interact with each other from starting to finish, pushing the story forward, leaving us with a strangely compelling feeling to find out what has happened. Unlike, American dysfunctional family drama, “The Past” lacks any big dramatic moments or histrionics. The characters build themselves elegantly, conveying their love and resentments effortlessly. Farhadi and Massoumeh Lahidji’s script loads the storyline with abundant details and plot surprises, while never forgetting to take the story out of the limit of plausibility. Initially, we witness some complications in the narrative, but in the end, everything feels layered and relevant.  Atoning for past sins is the film’s one of important themes. Wrongdoings of the children are often confronted by the adults to make them say the word “Sorry”; however, when an adult like Samir apologizes for his bad behavior, he is told that he doesn’t easily get off. It insists that the act of instant apologies and atonement are dismissing us from the misdeeds of past and provokes us to repeat the act. 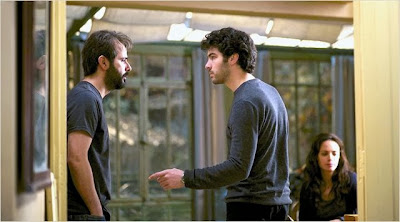 The masterly framed shots of Farhadi stages most of the events inside living quarters, cafes and cars. These claustrophobic domestic areas, which reveal layers of mystery, reflect the gathering stress and strain of the characters. Although the plot travels close to the melodramatic territory, Farhadi’s shots avoid the manipulation of viewers’ emotions. He also includes micro details to each of the sequences, like the opening scene in airport, where the frustrated Marie and Ahmad try to communicate through the barrier that separates them – which metaphorically reveals the nature of their relationship. Later, in that same scene, Ahmad watches Marie getting into an unfamiliar car (Samir’s) and while backing out of the parking spot almost hits something. Farhadi cleverly follows this sequence with opening title, which is like premonition for the disaster to come. Or, you can say that ‘backing out’ (the past) is going to cause pain. Farhadi is superior in capturing communication breakdowns, since everyone in this movie is engulfed by either guilt or regret. Violent exits and abruptly raised voices soon follow these breakdowns.  The final scene, where Samir visits Céline at the hospital, culminating with a shot of a finger, is one of the most overpowering directorial strokes. 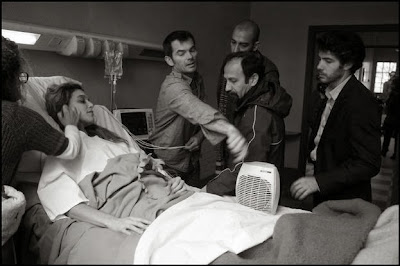 The performances are not like acting the part. We don’t even notice how great they are because don't do the usual things. From Bejo to little Elyes Aguis (as Fouad), everyone remains as people do in real life, very present and secretive. Bejo as the brittle Marie doesn’t try in an obligatory manner to make us like her. She remains desperate and ferocious throughout and hints through certain firestorm emotions that she was once a vivacious woman. As Ahmad, Ali Mosaffa is immediately likeable.  Burlet as the tormented teenager and the two children effortlessly shows the psychological wounds they carry as the result of domestic warfare taking place in their homes.

“The Past” is a universal tale, since it displays people, whose desire is to escape the past. It shows how our rash actions could inextricably intertwine others and yet at the same time leave us alone.