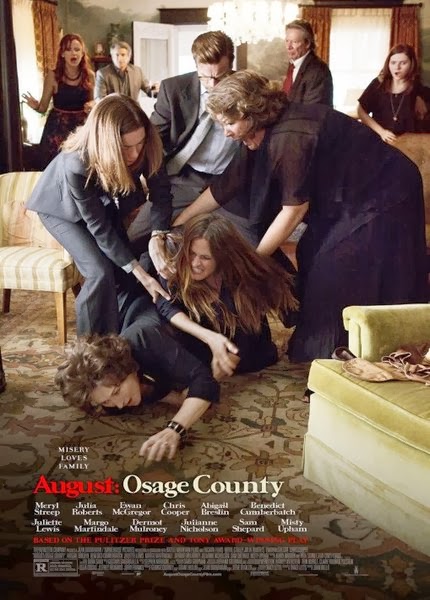 Tracy Letts’ stage play “August Osage County” was about three different generations of dysfunctional Oklahoma family. It was considered as a riveting work (alongside Letts’ “Killer Joe” and “Bug”) and won the 2008 Pulitzer-prize and Tony award. The adaptation of the play, by John Wells, seems to have few bumps, here and there, but mostly retains its inherent theatricality, stagey dialogues and darker secrets. As a viewer, we witness events that are so painful and intimate and brought face-to-face with the toxins of anger, suffering, shame, which eventually might leave us, not feel good about life’s possibilities. The blackly comic, sulfuric exchanges in “August Osage County” are uttered by an all-star cast, led by Meryl Streep and Julia Roberts.

Beverly (Sam Shepard) is a poet, former teacher, alcoholic and the patriarch of Weston family. He hires Johnna (Misty Upham), a Native American woman to take care of his wife, Violet (Meryl Streep). Violet has mouth cancer and takes huge amount of drugs that could help one to open a pharmacy. In her fit of dizziness, she runs over anybody with razor-blade words. Violet, who has lost her hairs to chemotherapy, ridicules the young lady, her husband has hired. Soon, Beverly disappears without any explanation, which plunges even deeper into depression and makes her summon the three daughters. 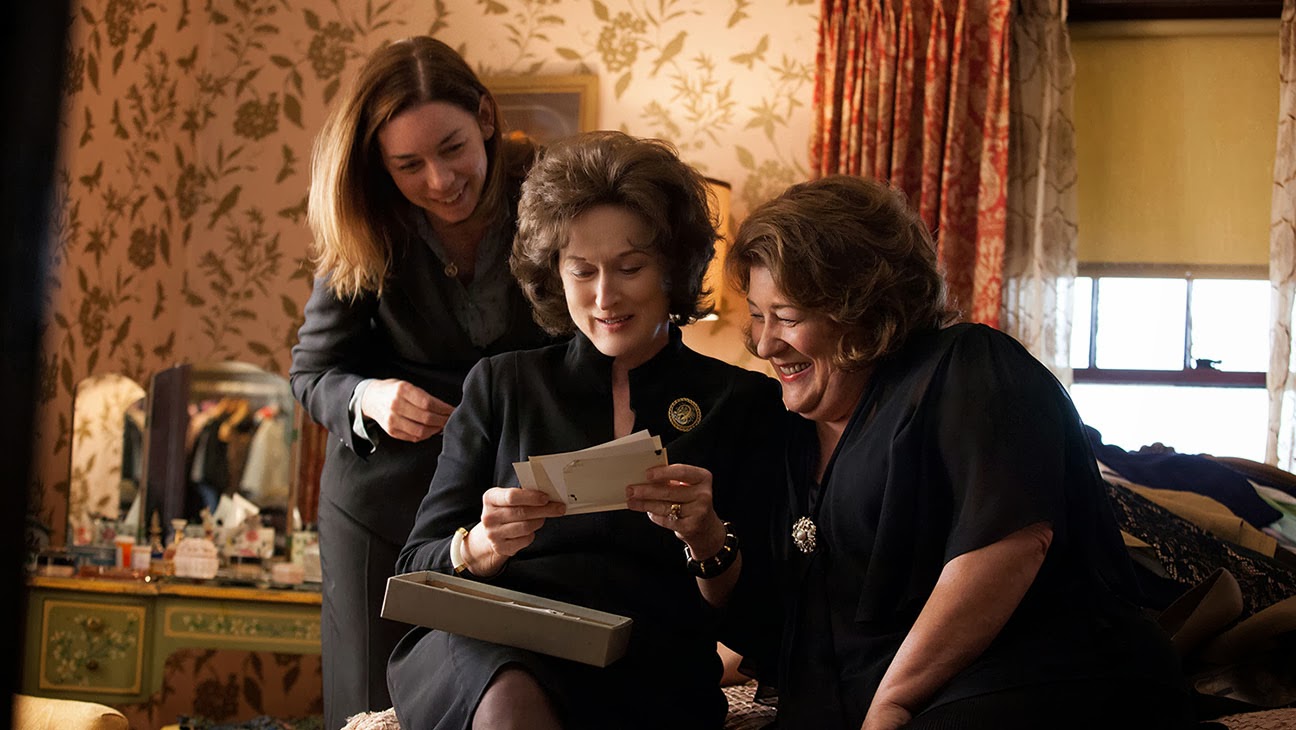 Ivy (Julianne Nicholson), the middle one, is a dutiful daughter, who has stayed close to home and single. She has endured a lot in taking care of her monster mommy. Barbara (Julia Roberts), the eldest, drives in from Colorado with her estranged husband, Bill (Ewan McGregor) and weed-smoking 14-year-old daughter, Jean (Abigail Breslin). Barbara seems to be the only daughter able to face Violet’s combative behavior. Karen (Juliette Lewis), the youngest, is self-absorbed and arrives with her sports-car driving fiance Steve (Dermot Mulroney), who seems to be divorced thrice and also a sleazebag. Violet’s Sister Mattie Fae (Margot Martindale) and her soft-spoken husband Charlie (Chris Cooper) also join this group. The final guy to turn up is Mattie’s introverted son Charles (Benedict Cumberbatch), whose failings are often pondered. Later, Violet’s vicious tongue brings out the sins of present and past. 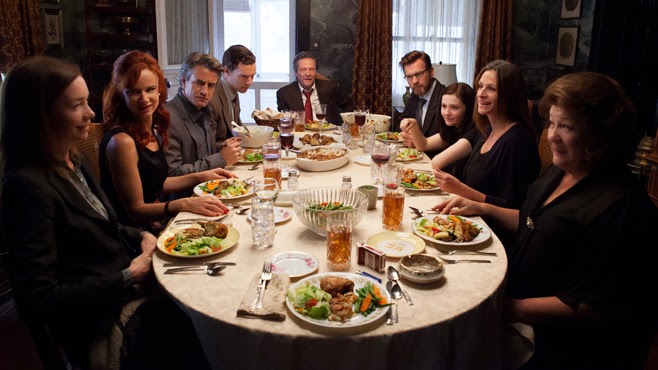 Meryl Streep, once again plays an untamed character and uses her incredible talent to bring out Violet’s incredible rage, drugged-out ramblings and cruel attacks. Wearing a wig over a sparse crop of gray hair, she shifts quickly from the drug-induced incoherence to puddles of self-pity. Roberts, who gets to utter a lot of theatrical dialogues, has left out her trademark smile and has evolved into the angry Barbara. Her character arc grows steadily, whenever she balks at Violet’s out-of-control behavior to take charge of the crisis. The script by Letts, unleashes both Streep and Roberts to go at each other like two alligators. However, he leaves others to sensibly underplay, which raises the claustrophobic tension of the setting. Lewis is both amusing and pitiable as the deluded Karen, who babbles inappropriately without having any idea of what’s on the others’ mind. Nicholson and Cooper’s pained grimace shows the weight they carry of a dysfunctional family that has long closed on itself. Their slow intense performances lead to explosions in the third-act. Martindale’s Mattie makes the story’s soapier twist into a heartfelt confession. McGregor and Cumberbatch are the weak points and their characters are so bland, when compared to the rest. 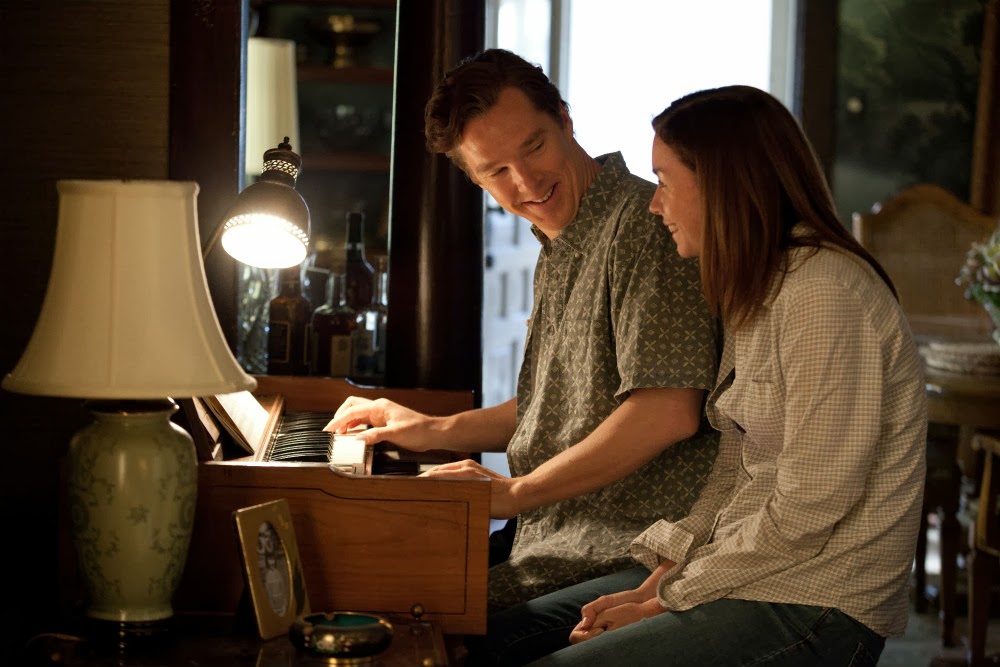 TV veteran John Wells’ second directorial venture moves as much efficiently as possible and is certainly never boring. The direction is at its best, when Wells steps back and lets his formidable cast to act their hearts out. But, when he juxtaposes pretty landscape shots to contrast the ugliness elsewhere onscreen, it seems a little suave and intrusive. The movie recently got nominated in Golden Globes in the category “Comedy”, which looks like a perturbed decision, since this film can be described as anything other than funny.


“August Osage County” (120 minutes) was about disintegration of marriages and consequences of humiliation or shame. It feels like a calculated release for awards-season palatability, but very well conveys the raw destructive power of an estranged family’s reunion.

Rated R for language including sexual references, and for drug material

at January 18, 2014
Email ThisBlogThis!Share to TwitterShare to FacebookShare to Pinterest
Labels: Family Drama