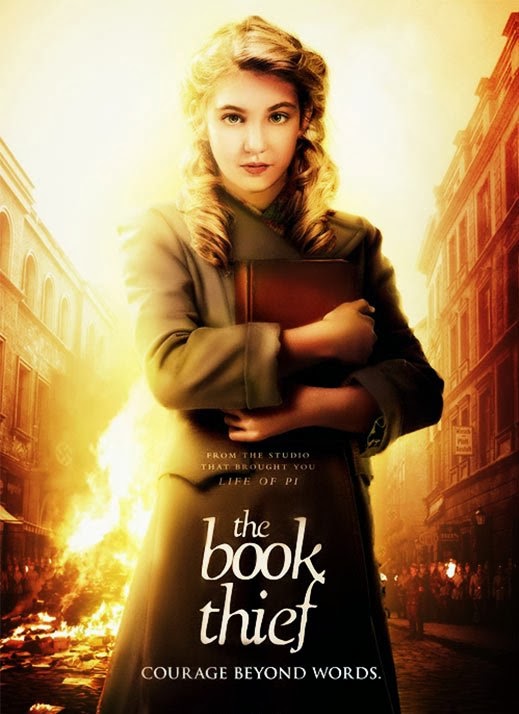 “I’m doing this because I’ve noticed that if you do a film about the Holocaust you’re guaranteed an Oscar” – the versatile and gifted actor Kate Winslet said this comment, when she was asked about her nun role in a Holocaust movie. Although she didn’t win any Oscars for this role, she eventually got one for another Holocaust movie, “The Reader.” Now, Winslet’s performance in “Reader” is very subpar, when you compared it with “Revolutionary Road” or “Little Children.” However, her gamble worked and Academy’s obsession with Holocaust was once again proved. So, from time and then we would have a conventional, unrelated or cheesy Holocaust lesson for the younger generation, which does nothing other than repeat the mantra: “Nazis are bad.” 2013’s dutiful Holocaust movie was Brian Percival’s “The Book Thief” – a big-screen adaptation of Markus Zusak’s best-selling novel.

Narrated by ‘Death’, the film’s protagonist is 12 year old Liesel Meminger (Sophie Nelisse) – an illiterate and orphaned daughter of communist couple. She has lost her little brother recently and her mother has abandoned her in a mysterious manner. Liesel was adopted by working-class German couples, Hans Hubermann (Geoffrey Rush) and Rosa (Emily Watson). Hans is a painter and has refused to join the Nazi party, so he is often under employed. Rosa has foul mouth and sudden bursts of anger, but it’s just a cover to hide her warm heart. The couple makes ends meet and Hans has the generosity to give Liesel the education. He changes his basement into a classroom and also introduces her into the world of books. 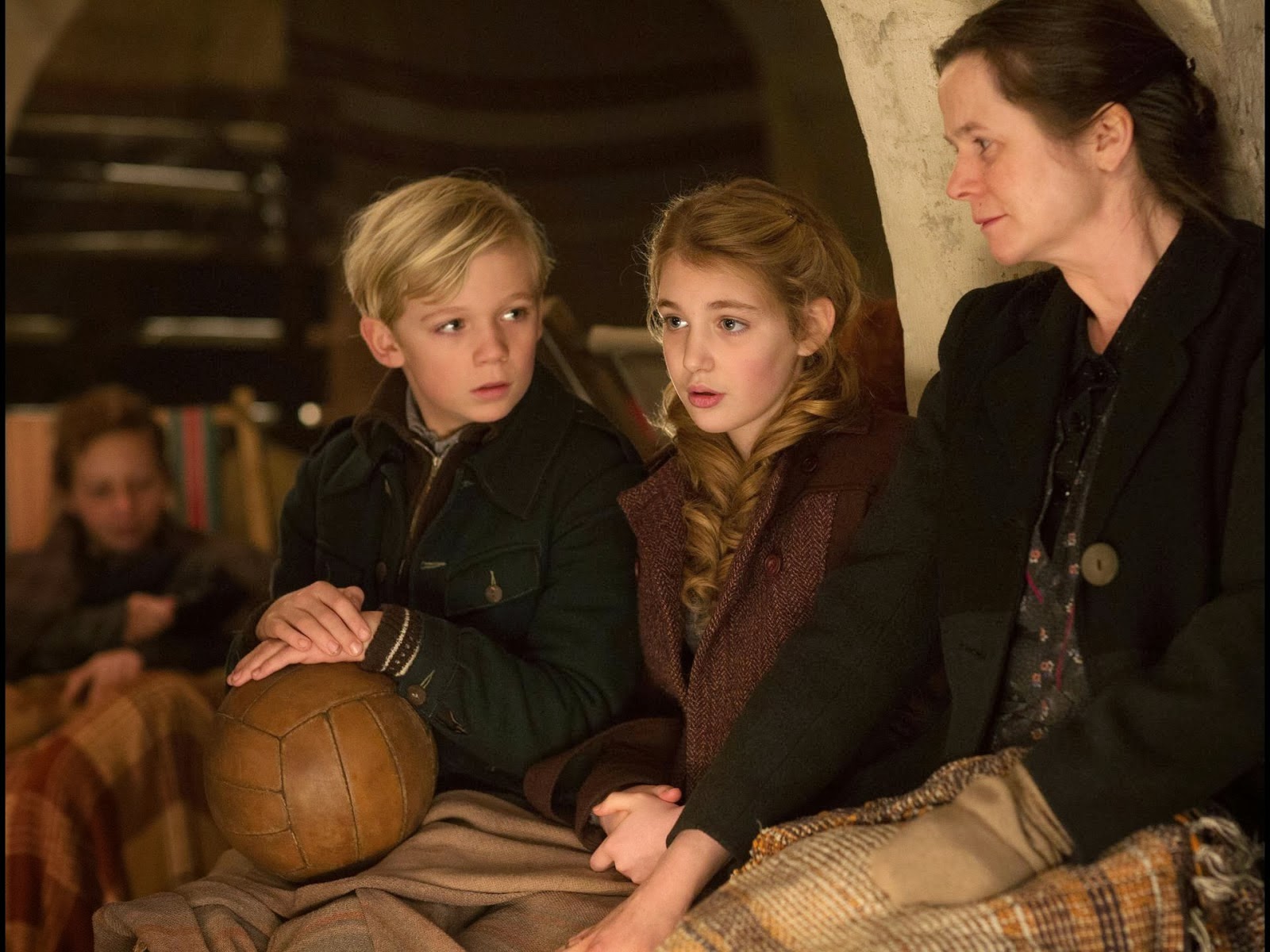 Liesel forms a friendly alliance with a next-door boy, Rudy Steiner (Nico Liersch), a mirthful, athletic boy, whose hero is the African-American runner Jesse Owens. One day, Liesel comes to know about the sad repercussions of the Nazi rule in the form of Max (Ben Schnetzer) – a Jew. Max is the son of Hans’s old friend (man who saved Hans’ life in World War I), to whom Hans has promised to take care of his family. He first occupies the upstairs room with Liesel. Max becomes her friend and ever-willing tutor. He is eventually sheltered in their basement. As war wreaks havoc on her family, Liesel learns some big life lessons.

Michael Petroni’s script face s the problems of incorporating a 550 page novel into a manageable movie running time. The script is jam-packed with many sub plots, which doesn’t give the necessary emotional payoff. In a novel, those subplots might have been given a time to evolve, but it doesn’t work well in feature film. The script also avoids irreconcilable disturbing subject matter and comes away with the PG-13 rating, for the sake of young adult audiences. It muffles the horrors of Holocaust, which looks childish from an adult perspective and too frightening for a child. May be, the novel undergoes the same problems all ‘Young Adult’ novel undergo or maybe I hate these kind of novels. 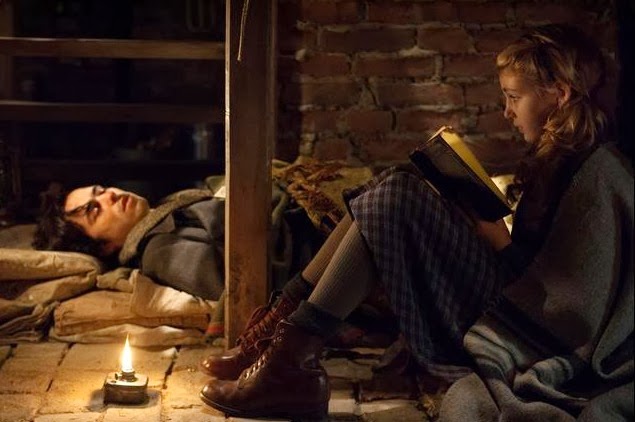 From the opening shot of train chugging through an immaculate snowy landscape, director Percival brings sleekness to the movie. For the most part, the characters speak in English (with occasional German words thrown words in), however, the Nazis speak in German and their pronouncements are also done in German (with English subtitles). It’s a kind of ludicrous approach to differentiate Nazis from common people. Max, who has been hiding in the basement, steps out onto the street for the first time in months, during a bomb raid. That sublime shot was done in a painterly manner and was also ruined to an extent by that lingering voiceover narration.

“The Book Thief” gives few pleasures to a viewer, the main one being the performances. Rush’s irresistible charm and Watson’s facial expressions of an overbearing matriarch makes us forgive some of the narrative missteps. Sophie was an apt choice to play Liesel. She has the requisite cinematic presence and brings an innate strength to her character. Ben’s performance as Max is memorable, while Nico as Rudy tugs at our heartstrings.

“The Book Thief” gives obnoxious, sentimental, cheap Holocaust and life lessons. The realities of hunger and suffering are blunted to sell it to a broader audience. The only solace is the performances, which makes it worth a watch.

Rated PG-13 for some violence and intense depiction of thematic material
at January 23, 2014
Email ThisBlogThis!Share to TwitterShare to FacebookShare to Pinterest
Labels: Coming of Age Movies, Family Drama, Social Drama

Sad to see the film doesn't live up to the book, but then it's always hard when dealing with a complex subject.

I loved the book. Wasnt aware it has been made in to a film, I am surely watching it by this weekend.. Thx