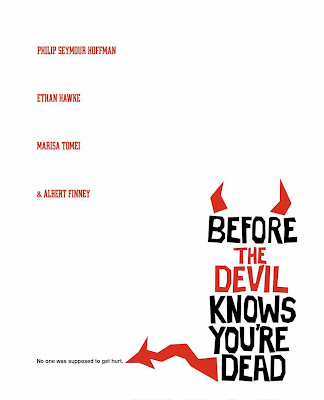 Sidney Lumet was an under-rated iconoclast. His film-making career spanned for more than five decades. He has covered different genres: satirical comedies (“Network”, “Critical Care”); Court-room drama (“The Verdict”, “12 Angry Men”, and “Find me Guilty”); Crime/drama (“Dog Day Afternoon”, “Serpico”, “Prince of the City”). He has adapted stage plays, made artistic success with sprawling chronicles in which the character’s ethical and moral dilemmas are of main concern. He has his own share of below-average movies, but at the age of 83, Lumet made his last film, which looked like a nostalgic throwback to the golden age of 70’s. In the age of digital film-making, he found the power of storytelling through “Before the Devil Knows you’re Dead” (2007) – a slick, nasty, violent familial tragedy.

Andy Hanson (Philip Seymour Hoffman) is a drug addict. He is a high-level executive at a real-estate firm and he is embezzling money of the payroll to support his bills for coke and heroin. His neglected, trophy wife, Gina (Marisa Tomei) is having a steamy affair with Andy’s younger, deadbeat brother Hank Hanson (Ethan Hawke). Hank is a penniless guy, who is far behind on his child-support payments. He is regularly intimidated by his vindictive ex-wife (Amy Ryan) and is rarely seeing his only daughter. The brothers lead a different life style but both have large money issues. 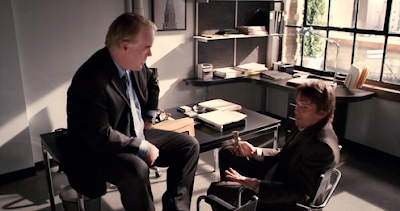 The film begins with a shot of paunchy Andy having sex with his wife. Then, moves onto a jewelry shop in a strip-mall. “It's a victimless crime” says alpha-male Andy to Hank, after coming up with a perfect solution for their money woes. Hank recruits a low-life Bobby (Brian O’Bryne) and takes the position of getaway driver. On the day, the burglars enter the jewelry store and their plan to terrorize the lone employee goes to hell. The employee, who is a nice old lady, gets shot senselessly by Bobby. The jewelry shop is named ‘Hanson jewelers.’ Yes, it is their parents’ store. This robbery happens in the first 10 minutes and the rest of the movie unfolds through the eyes of different characters, jumping back and forth in time.

The script by Kelly Masterson looks like a Shakespearean tale of woe or like a Greek tragedy, except that it happens in mini-malls and crummy apartments.  Greed is the important subtext in his script – the greed which gives a person something to hold on to even as it kills him/her. Sins of the father, passion play and life in New York all play a major part in this incisive character study. Lumet has remarkably adapted himself to the indefatigable modern dramatic structure. His frames weave in and out of the action and the point-of-view shifts looks graceful. Lumet’s most important trait is his ability to use his actors to maximum effect by constantly pumping up the dramatic momentum (think of Sean Connery in “The Hill”, Al Pacino in “Dog day Afternoon” and “Serpico” and even Vin Diesel in “Find me Guilty”). He once again assembles a terrific showcase of talents.

Hoffman is a highly under-rated classic actor who can play menacing roles (“Mission Impossible III”, “Punch-Drunk Love”, and “The Master”), born-loser roles (“Owning Mahony”, “Happiness”) and also gentle, lovable roles (“Magnolia”, “Doubt”). Here, Hoffman surfaces like a loser and a nice guy, but later devolves into savagery.  The rage we see in the scene where he destroys his own apartment is something beyond his impressive performance. Ethan Hawke always gives an exceptional performance, when he is not playing hero (“Before” trilogy, “Training Day”). As a tagging along brother, Hawke’s crumpled face perfectly reflects the betrayals his character has faced. Marisa Tomei’s portrayal of the character of a depraved woman is her finest screen performance. Albery Finney is quietly terrifying as the father. He gradually builds his character which rises to astonishing levels of sadness. Michael Shannon looks menacing as the pragmatic black-mailer. 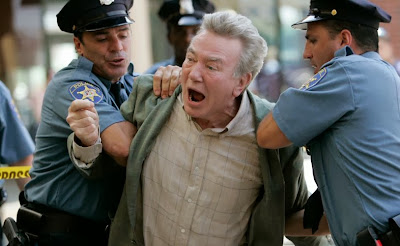 “Before the Devil Knows you’re dead” is a testimony that great direction and powerful stories transcends eras and technology. It is a rare and efficient neo-noir, full of powerhouse performances and scenes.

Before the Devil Knows You're Dead -- IMDb

at November 04, 2013
Email ThisBlogThis!Share to TwitterShare to FacebookShare to Pinterest
Labels: Thriller