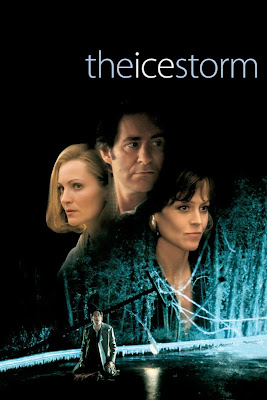 The Taiwanese-born film-maker Ang Lee is an acute observer. He is perceptive about human nature and families. In the early 90’s he made two art house hits, “The Wedding Banquet” and “Eat Drink Man Woman.” It brought him the international acclaim and it helped him to helm Emma Thompson’s adaptation of Jane Austen’s “Sense and Sensibility.” He once again proved his mettle, which earned him multiple academy-award nominations. He later went to make wide variety of movies, earning him two Oscars for direction (“Brokeback Mountain”, “Life of Pi”), but there was one particular movie he made in 1997, which showed that he is a film-maker who has matured in every way. It is titled “The Ice Storm” – an excellent portrait of a dysfunctional family.

“The Ice Storm” was adapted from Rick Moody’s hip novel. The story is set in a Thanksgiving week, in New Canaan, Connecticut, 1973. The 1970’s were the era of disillusionment and cynicism in America. The aftermath of Vietnam War and President Nixon’s ‘Watergate’ scandal fouled up people’s trust on government. The 1970’s also signaled the cultural upheaval. “Free Love” and marijuana smoke teemed with adult’s restlessness. The family structures began to waver as the divorces skyrocketed. Children mocked the parents’ sophisticated behavior. They endured pain and tried to cope with reality that their parents might not always be together. In that drug anesthetized, spouse cheating era, we get to know about two unsatisfied suburban families – the ‘Hoods’ and the ‘Carvers.’ 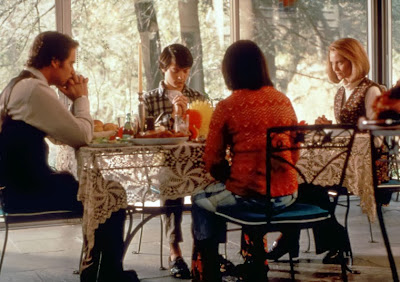 “Ice Storm” starts with Paul’s (Tobey Maguire) voice-over narration, which equates family dynamics to anti-matter ("The closer you're drawn in, the deeper you go"). Paul is a glaze-eyed, 16 year old boy, who is off at boarding school and encounters troubles in disposing of his virginity. Paul’s father, Ben Hood (Kevin Kline) is a philanderer. He has joyless affair with a willing neighbor, Janey Carver (Sigourney Weaver). Ben’s wife, Elena (Joan Allen) comes from a repressed generation. She is loyal wife-mother, who is fully aware of the changing attitudes of woman. Ben and Elena’s sexually curious daughter, Wendy (Christiana Ricci) involves herself with two Carver boys Mike (Elijah Wood) and Sandy (Adam Hann-Byrd), playing “I’ll-show-you-mine-if-you’ll-show-me-yours” games.

Ben Hood catches Mike dry-humping his daughter Wendy in the Carver house’s basement. He berates his daughter, while remaining oblivious about his affair with Janey. The head of the Carver family, Jim (Jimmy Sheridan) looks distracted and often remains away from home. Four separate strands of stories emerges during the Holiday weekend: Paul, who has the hots for wealthy, spoiled teen Libbets Casey (Katie Holmes) takes part in recreational-drug party; Wendy calls on Sandy; Mike wanders around the ice-stormed town; and the important event of evening is the mate-swapping ‘car key’ party, which sequences the tragic acts. 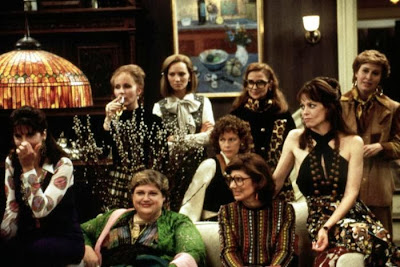 “Ice Storm” begins and ends with a shot of Train. Its heavy wheels crush the frozen snow, while making its way to New Canaan, Connecticut. The snow is not the joyful one, we see in ‘Christmas movies.’ It gels with the depressed environment. Throughout the film, the ice is used as a metaphor: Neighbors perpetually rants about weather conditions; icicles are formed around wind chimes; Reporters warns the townspeople about storm and frost. The ice storm we see is apparent, at the same time Ang Lee points out that, the two upper-middle class families are heading towards an ‘emotional’ ice storm, which might confront all their blunders and secrets.  Some of Lee’s metaphors and touches lack the subtlety of his later films; however, the sexual foul-ups are very well underplayed. Ang Lee, who himself has set foot in America only in the late 70’s, has perfectly captured the familiar images of that period: like the bell-bottoms and gas-swilling cars.

James Schamus’ smart script showcases empathy towards the woman of this shaky era. The tonal shifts lend some resonance to the script and there is also humor lurking beneath all the sadness. Ben Hood and Jane’s parental advice are hilarious, which displays how the parents themselves remain clueless about their kids. Treacherous suburban dramas are not a rarity, especially after Sam Mendes’ “American Beauty” (1999), but what overcome the familiar stereotypes are the performances of all skilful actors. Despite the loutish nature of adulterous Ben, Kevin Kline elicits sympathy from viewers. Sigourney Weaver impeccably etches out the boldest character of the movie, showcasing both glamour and desperation. Tobey Maguire perfectly fits the role of a convoluted boy, who was seen as a brotherly type by every girl. Joan Allen restrained performance keeps Ellen from becoming the stereotypical-martyr wife. Ricci makes the ticking time bomb Wendy very real. 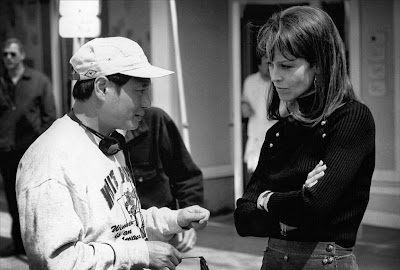 “Ice Storm” was made on a budget of $16 million. At the time of its release, the film didn’t fulfill commercial expectations and also divided the critics. But, after heaps of dysfunctional family films, “Ice Storm” still remains poignant, moving, and sensitive as ever. From the semi-stoned voice-over to the final dazzling epiphany, this is a chilling movie experience.

Rated R for sexuality and drug use, including scenes involving children, and for language
at November 13, 2013
Email ThisBlogThis!Share to TwitterShare to FacebookShare to Pinterest
Labels: Family Drama, Hard-Hitting Movies, Social Drama

This looks promising, just like other movies of Lee.
Excellently presented,Arun! :)

@ Namrota, Thanks for the comment. This movie is a testament to Lee's versatility.

I liked it very much and enjoyed it. Nice write up…
https://edupediapublications.org/