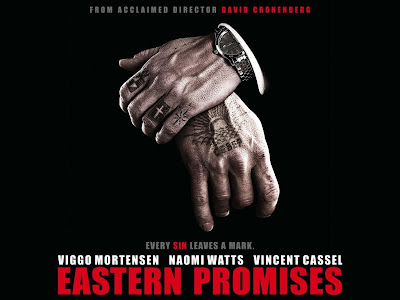 Canadian director David Cronenberg is the master of twister thrillers like “Dead Ringers”, “Videodrome”, “The Fly” and “Crash.” But, he is also an excellent film-maker who can deal with the metaphysics of violence and real-time horrors. The fine-cut artistry of “Spider”, “A History of Violence” and the surrealistic setting of “Cosmopolis” are all a testimony that Cronenberg can probe the imperfection of human beings, both literally and metaphorically. This original and provocative director’s 2007 movie “Eastern Promises” takes the parameters of a gangster genre movie and lets in something that makes it exalting and new. If you know Cronenberg, I think there is no need to mention about his movie’s violence. “Eastern Promises” is a chilling character study.

The ugliness of this film’s dark and desperate world is established in the first scene, which is set in a London barbershop. The gentle barber talks to a man in the chair. When his nephew comes in, the barber gives him a straight razor and asks him to slit the man’s throat. Elsewhere, in London, a teenager in labor pain begs help from a pharmacist, while blood is pouring out of her legs. The teenager, Tatiana, dies in child birth. The mid-wife Anna (Naomi Watts), who delivers the baby, is left with a diary written in Russian. Anna hopes to find the girl’s family before the baby girl gets disappeared in the system. She asks her cynical Russian immigrant uncle Stepan (Jerzy Skolimowsky) to translate the diary. Anna also finds (in the diary) the business card of a Trans-Siberian restaurant. 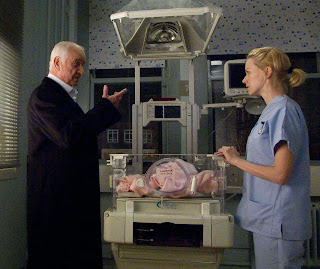 Anna meets the restaurant’s owner Seymon (ArminMueller-Stahl). This guy has the charm of a grandfather. She also sees Seymon’s hot-headed son, Kirill (Vincent Cassel) and his sardonic driver Nikolai (Viggo Mortensen). What she doesn’t realize (at that time) is that Seymon is the ruthless leader of the London Branch of ‘vory v zakone’ – Russian gang. When Seymon gets to know about the diary, he demands it. Anna only gives him a copy. Her mother (Sinead Cusack) warns her that, "This isn't our world—we are ordinary people." But, she has named the girl ‘Christine’ and keeps the diary to give to the girl, while she was continually bamboozled by the Trans-Siberians. When Anna finds out the secrets, she tries to extricate herself from the monster. The enigmatic driver Nikolai has a soft spot for the mid-wife. But, we are not totally clear about this guy? Who is he?

Script writer Steven Knight has substantially exposed the underbelly of immigrant London in Stephen Frears’ “Dirty Pretty Things” and in Eastern Promises (although his similar-themed script for Statham starrer “Hummingbird” was a tiresome exercise). Amidst this indeterminate world, Knight includes some kind of transcendental innocence. Homoerotic subtexts are all inherent, but flood the screen in an extraordinary action sequence in a public bathhouse. If there are some plot holes, Cronenberg’s assured direction entombs it. As usual, he proceeds with a magisterial rhythm and singular vision (and somewhat sick). Viewers have an intimate encounter with violence in Cronenberg’s movies, but he is so careful to make violence as a disconcerting thing. The throat-cutting execution, naked bathhouse fight lingers over to emphasize the grasping pain of violence. 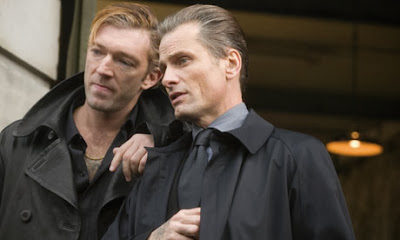 Cronenberg’s movies serve deeper purpose than just showing blood. They all are powerful stories about right and wrong. In “Eastern Promises”, it’s Anna against Russian mobsters. In this moral struggle, he shows Nikolai as a mystery character or dark horse, whose conscience makes this story a winner. A standalone movie could be made on the character, Viggo Mortensen plays.  Nikolai is one of the best complex anti-hero. He is gentle, cynical, dark and tough enough to stub a cigarette on his tongue. There is no absolute good or evil in this guy. Naomi watts specialize in playing as a woman with flustered morals and so the role of Anna perfectly fits her. As Kirill, Cassel honestly captures the wavering moods of an entitled son who cannot please his father. Veteran actor Armin Mueller-Stahl displays enough elegance, charm and unflinching ruthlessness as Seymon.

“Eastern Promises” moves into a deeper psychological territory and at times morphs itself into a conventional gangster-story. It is a meticulously detailed work of art, which might intrigue a viewer on many levels.

at November 25, 2013
Email ThisBlogThis!Share to TwitterShare to FacebookShare to Pinterest
Labels: Thriller

Nice review!!! It's indeed a masterpiece... Cronenberg arguably is the greatest director alive in the English-speaking world. I just adore his filmmaking style. Few directors can come close to his remarkable range... first with A History of Violence and then with Eastern Promises, he established himself as an undisputed master of cinema. The highly misunderstood, Cosmopolis, epitomizes Cronenberg's genius. His body-horror films like Videodrome, The Fly, eXisTenZ, etc. are masterworks within their own rights.

@ Murtaza, Thank you. Not only "Cosmopolis" most of his works are under-rated and snubbed by the Oscars. Many has regarded his works as outlandish, but the core themes 70's, 80's movies or of "Existenz", "Cosmopolis" is to explore how human and humanity might evolve along with technology. I am sure his works will be highly regarded in the future.

Great review. I have heard of Cronenberg before but now I am looking forward to watch his movies :)

P.S. I am hosting a giveaway with some amazing prizes (including movie DVD's) on my blog http://munniofalltrades.blogspot.in/2013/11/a-fantabulously-fantastic-giveaway.html. Hope you participate!

Cronenberg is one of the great as well as underrated director. Ever since I watched Eastern Promises, I've become a diehard fan of Cronenberg and Viggo Mortensen. Those who have seen it must also see their previous venture A history of violence.

@ Shareef. Thanks for the comment. You are right. History of Violence and Eastern Promises are the results of one of the best collaborative efforts between a great director/actor. I hope Mortensen does more films under Cronenberg.

Yeah.. There is a 3rd collaboration between the duo.. A Dangerous Method. But haven't seen that one yet.