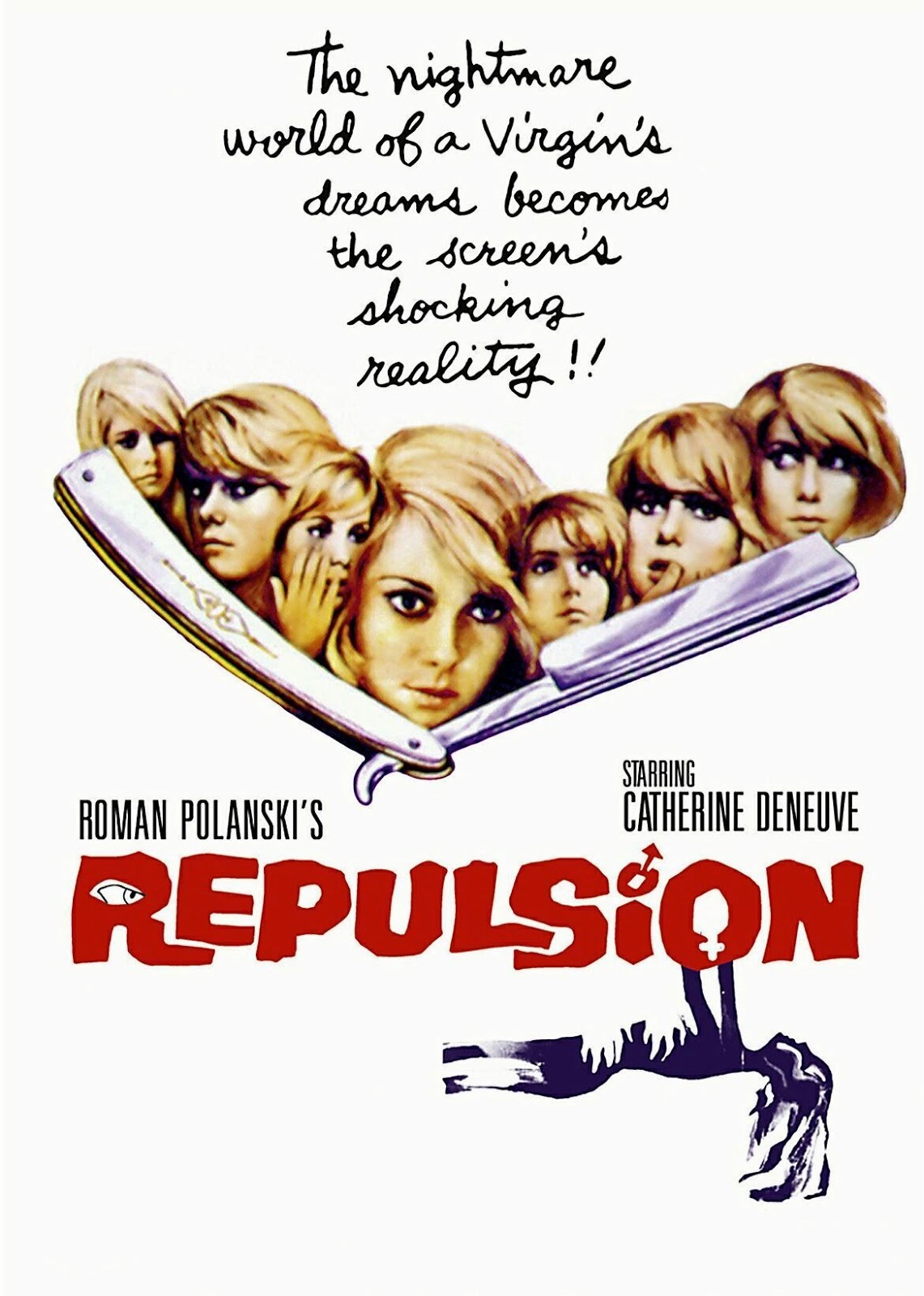 Roman Polanski’s film career has been shrouded inside lot of controversies that we sometimes tend to forget that he is responsible for some of the most stylish, distressing masterpieces like “Rosemary’s Baby” (1968), “Chinatown” (1974). His movies often pursue a character’s downfall into madness and paranoia. He is the master in creating the claustrophobic terror. At the age of 29, he made a Polish thriller titled “Knife in the Water”, which gained some international acclaim and got him the chance to make films in other countries. Thus he made the superb psychological thriller, “Repulsion” (1965), which introduced him to the English-speaking audiences and us to a piercing, haunting human tragedy.

“Repulsion” was made on a shoe-string budget by producers known for making horror schlock and soft-core porn movies. But, the film benefited by the casting of Catherine Deneuve (then only 21), who was back then only known for her photogenic beauty. The story splendidly begins with a close-up of eye, may be showcasing that the film is a matter of one’s perspective. Carol (Deneuve) is a Belgian native -- a beautiful, sexually repressed girl – living with her elder sister, Helen (Yvonne Furneaux) in an apartment in London. Carol works as a manicurist in a beauty salon and often looks catatonic. She detests the mere presence of her sister’s lover Michael (Ian Hendry). Michael is married and Helen doesn’t care about that. She only thinks about the vacation with Michael. Carol is often pursued by a young man Colin (John Fraser), who's looking to take their relationship to the next level. 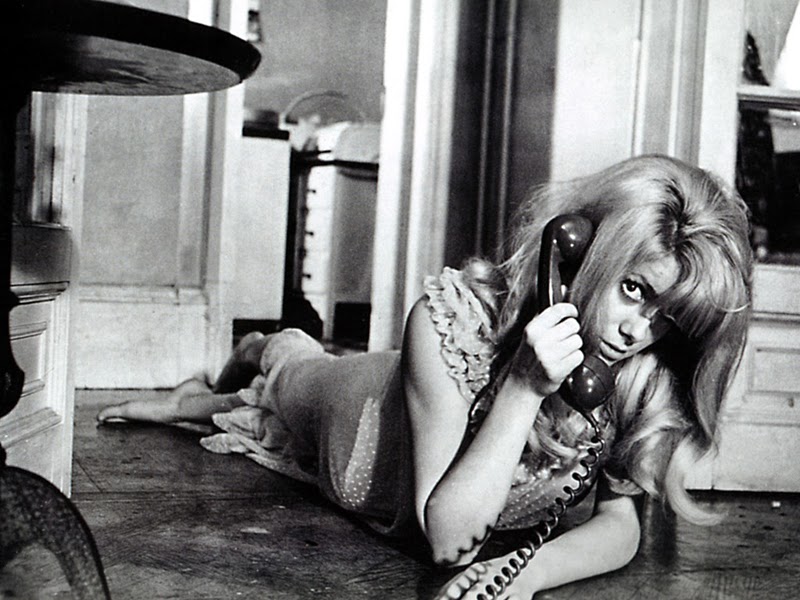 Carol is seen as the most desirable girl by Colin’s friends and Colin although desperate Colin remains respectful. She hates Michael for leaving his razor and brush around her things. At night, she has to endure the orgasmic sounds of Helen and Michael. Slowly, sex drives a fear inside her and it turns her dream-like state into a nightmare. Things get worse, when Helen takes that two-week vacation. Carol’s mental state quickly begins to deteriorate. The shabby apartment becomes a junkyard with left-over food. The alarming visions intrude on her daily life blurring the distinction between reality and fantasy. She sees men trying to break through her apartment and takes all effort to prevent anyone from entering her apartment and her virgin body. 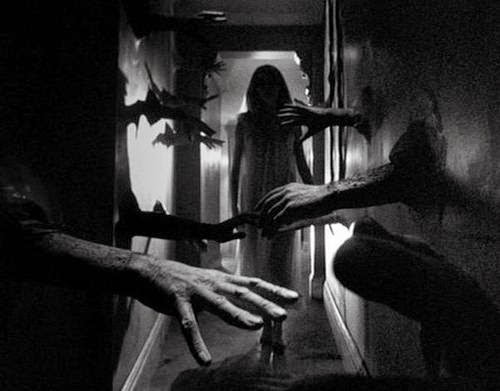 Two directors saw behind Deneuve’s placidness and used it for a wild pathological behavior: one is Polanski; the other, Luis Bunuel (in “Belle de Jour”). In both these movies, there is an effort to split the idolatry and show the bloodiness that sparkles inside those characters. Of the two movies, Deneuve’s character has the most psychotic world view in “Repulsion.” She walks around looking wounded, sees cracking walls, rotting rabbits and dreams of rapists. Many might complain that we learn nothing about her in the course of the film. I think Polanski deliberately didn’t want us to sort an emphatic bond with Carol. We travel along with the ordeal and get a taste of suffering. The plastic ideal face of Carol is only used to bruise viewers’ voyeuristic feelings. The only hint we get about any past trauma is a childhood picture (the camera focuses at it only in the last scene) in which Carol appears to be staring into the distance, oblivious to the smiling members of family around her. 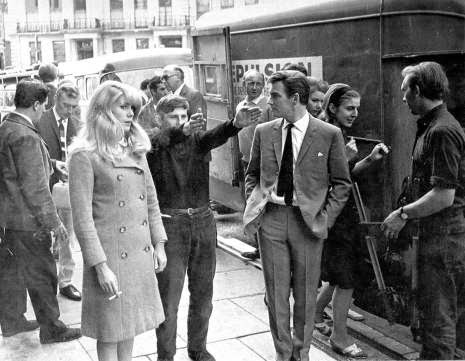 Polanski mainly constructed an archetype free-spirited girl to take a microscopic and scary look at how the humanity around her goes wrong. The script (by Gerard Brach and Polanski) isn’t interested in making a clinical case study of the woman; it just tries to be a humane investigation of a genuine psychological malady. The widening of cracks in Carol’s apartment subtly conveys the madness that is engulfing her. The themes of rotting food, plus the bizarre religious overtones (Carol lives next door to a nunnery when her virginal holiness is being invaded) remain characteristic to the story’s subtle structure. Polanski’s mise-en-scene showcases the modern-day apartments as a shadowy prison. The tight camera work manages to place a viewer inside Deneuve's head as she comes to see men as her potential assailant. Another important element, which amp up the claustrophobic quotient is the discordant musical score of Chico Hamilton.

“Repulsion” (105 minutes) can’t be confined to horror genre. It is artistically inventive, cutting through the comforting categories of good and evil. Modern day horror viewers may not patiently sit through, but nonetheless it provides a devastating portrait of a perpetrator as well as a victim.

Polanski .. just the name is enough :)

Polanski is psychological in itself, what a scary name.

Polansky is a psychological name in itself. What a scary name. http://www.ranker.com/crowdranked-list/the-best-psychological-thrillers-of-all-time?var=3&utm_expid=16418821-2.PAaBT_MORcmI67lBYq2pgw.2

Hi, I read the post entirely and couldn’t help thanking you for sharing with us this piece of informative resource. Could you please explain the Analysis of about Psychological Thriller a little more, so I can enhance the knowledge base of our community website nmweb.biz Of course, you can do it in another post!